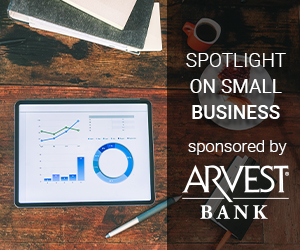 by Kim Souza ([email protected]) July 28, 2021 2:42 pm 1,020 views
Taking another play from Amazon’s operational game plan, Walmart has partnered with the Adobe Commerce retail platform to sell its cloud-based tech and fulfillment services to smaller retail operations in hopes of improving and growing their marketplace businesses.
The move will certainly add revenue to Walmart’s top line. Walmart has made no secret of its plans to add more revenue streams to the corporate coffers by commercializing some of the technologies it has developed and used to grow its online business.
“We have built new capabilities to serve the evolving needs of our own customers, and we have the opportunity to use our experience to help businesses to do the same,” Walmart U.S. CEO John Furner said.
Walmart said the Adobe Commerce platform retail business will be able to use Walmart’s cloud-based services to offer seamless pickup and delivery to their customers. Another perk of the purchase is that businesses will also be able to reach new customers on Walmart’s growing marketplace where they can leverage the retail giant’s fulfillment 2-day shipping capacities nationwide.
Walmart said the partners are still working through the financial details of the new service as well as when it would be available. The service will be sold as a subscription, though no pricing details have been released.
Suresh Kumar, chief technology officer at Walmart, said combining Adobe’s strength in powering commerce experiences with Walmart’s omni-customer experience, should accelerate smaller companies’ digital transformations. Over the past five years, Walmart has invested billions into technology capabilities such as Scan & Go and express checkout technologies, AI-powered smart substitutions for item picking for online orders and expanding online grocery pickup services to more than 3,700 stores with same-day delivery in 3,000 stores as of February. Mini-fulfillment centers are being added to shorten the supply chain for most commonly ordered items online.

The continued spending on technology helped Walmart increase revenue for the past fiscal year by 6.7% to $559.2 billion, with e-commerce up 79%. Instead of gatekeeping the technology it has developed, Walmart will try to leverage it for additional income.
Adobe also sees the venture as a win-win proposition.
“We’re excited to collaborate with Walmart to help Adobe merchants expand their businesses into new channels and offer shopping experiences that increase their competitiveness and fit well with shifting customer behaviors in an increasingly digital economy,” said Anil Chakravarthy, executive vice president of digital experience at Adobe.
In a blog post, Adobe said the partnership with Walmart will soon allow its customers to implement Walmart’s fulfillment technologies into their own physical stores, offer high-rated customer pickup experiences, and reach new shoppers by syndicating their products online on Walmart Marketplace.
Other retail insiders also find this new partnership interesting and intriguing.
“Allowing other firms access to their technology capabilities has not been historically aligned to Walmart’s way of working. Tech capabilities were rightfully seen as highly valued intellectual property, and not something they would share. However, the model of Amazon Web Services and the revenue streams it provides to Amazon are too big to ignore,” said Scott Benedict, director for the Center of Retailing Studies at Texas A&M University, and former Walmart exec.
He said Amazon and Wall Street view the e-commerce juggernaut as a technology company, not a retailer.
“Doug McMillon (Walmart CEO) has made public comments in the recent past that suggest there may be an emerging vision within Walmart to be more than a retailer. Their increased interest in healthcare and fintech and now this suggests they are continuing to evolve as a company,” Benedict said.
Carol Spieckerman, CEO of Spieckerman Retail, said there is plenty to gain by Walmart and Adobe and its Commerce subscribers with the new venture.
“By making its Adobe-enabled marketplace solutions available to others, Walmart is officially joining the platform monetization movement. It was only a matter of time before Walmart followed Amazon, Kroger, Tesco, and others in recouping its digital investments,” she said.
Given that Walmart has earned a reputation as a digital innovation leader, she said the company should have no trouble gaining new enterprise customers.
“Retailers and brands will be able to tap into Walmart and Adobe’s expertise to quickly ramp up click-and-collect capabilities and expand convenience arsenals. Adobe will gain additional credibility and visibility for its retail solutions through its association with Walmart. It’s a win for Walmart, Adobe, and retailers that are still lagging in clicks-to-bricks integration,” Spieckerman said.
Arkansas headlines delivered
to you on demand

Talk Business & Politics is a news website that covers business, politics and culture in Arkansas. You can also sign up for daily e-mail news delivered every morning to your inbox.