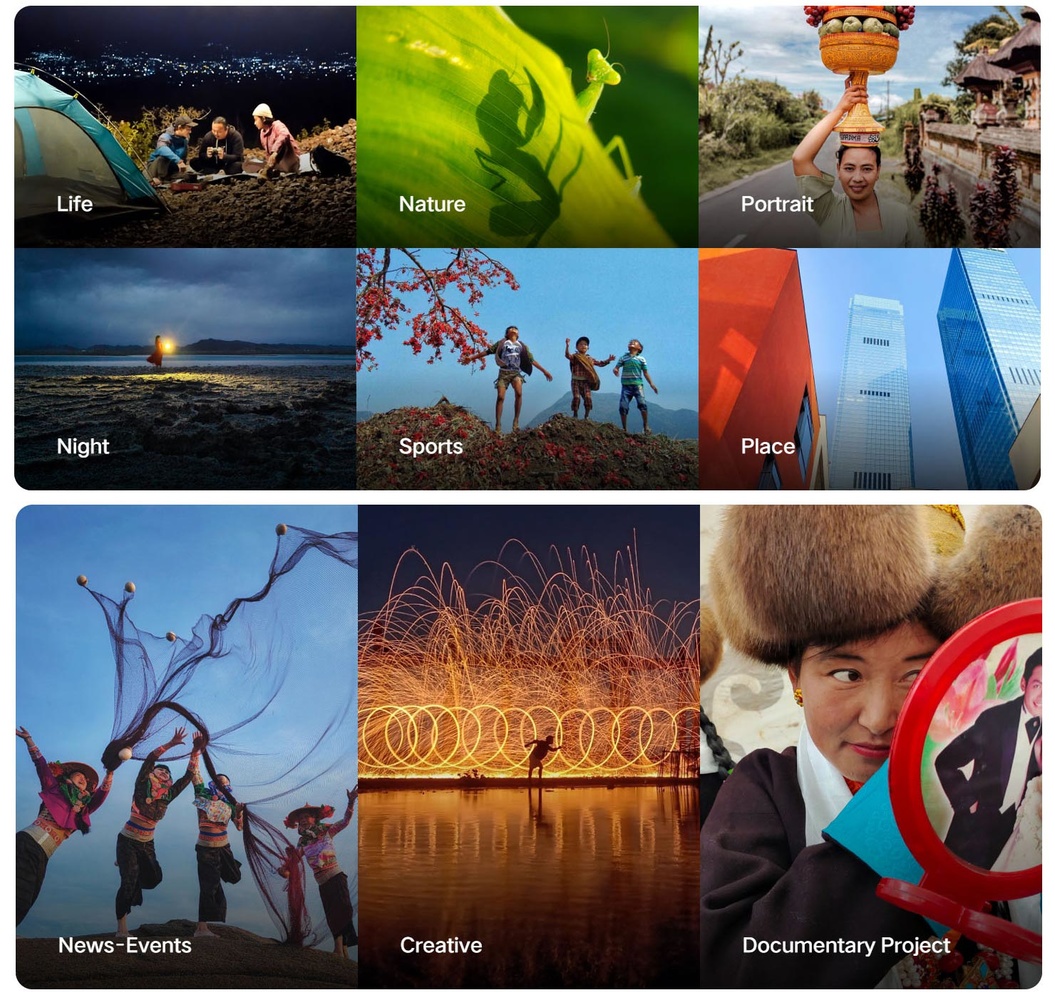 From novelty to must-have, the phone camera has brought serious photography tools to everyday life.
But is there a place for smartphone cameras in the world of professional photography? “I think we’re in a new territory,” says British documentary photographer and judge of the vivo VISION+ Mobile PhotoAwards 2021, Martin Parr, who is excited for the changes this technology is bringing to his industry. “The only thing that counts now is the quality of the story and the quality of the images that you’re taking. The technical thing is all being sorted.”
With the vivo VISION+ Mobile PhotoAwards 2021 currently underway, Parr shared with us his tips for smartphone photographers and what he looks for in photographs as a competition judge. 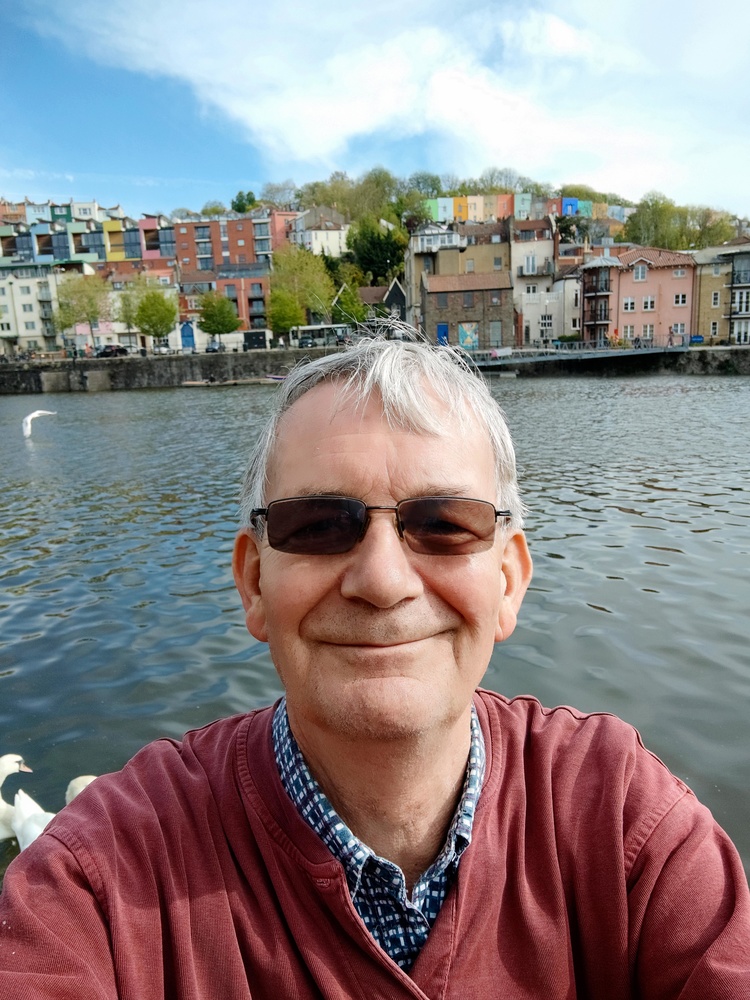 According to Parr, the improvements in smartphone cameras have been a huge game-changer and are driving the evolution of smartphone photography. Parr is particularly impressed by the improvement in smartphone camera quality. He said: “I think it’s a game-changer what’s happened because no longer is it a novelty, we know now that the quality is outstanding.”
Smartphone cameras have now become more than just a curiosity. A decade ago, camera phones were little more capable than some low-end webcams. The kind of images they were able to produce were full of noise and desaturated colors, lacking detail and dynamic range. The quality of current camera phones is now far beyond that. We’re now at a point where if you’re viewing images online, it’s difficult to tell if an image was taken with a smartphone or a dedicated professional camera.
I remember when the iPhone was originally introduced with the camera, it was a real novelty and people would sort of almost string along with it being a novelty. But now, now that you’ve got these new generations of phones, like this new vivo, one that I’ve been using, which has got four lenses and can shoot in raw, I say that the game has really changed.
Camera phones have become highly advanced in the last few years. With the use of AI technology, computational photography, and improvements to hardware, the gap between smartphones and professional cameras has shrunk significantly. Nonetheless, there are still certain things you can do to improve the kind of images you produce with your smartphone.
The first thing is to consider shooting with manual settings. Most current camera phones offer some way for you to shoot with manual settings, and this can be of great use. The main benefits are being able to control the shutter speed and ISO settings. With these two settings, you can essentially control how motion appears in the image and control the amount of noise. 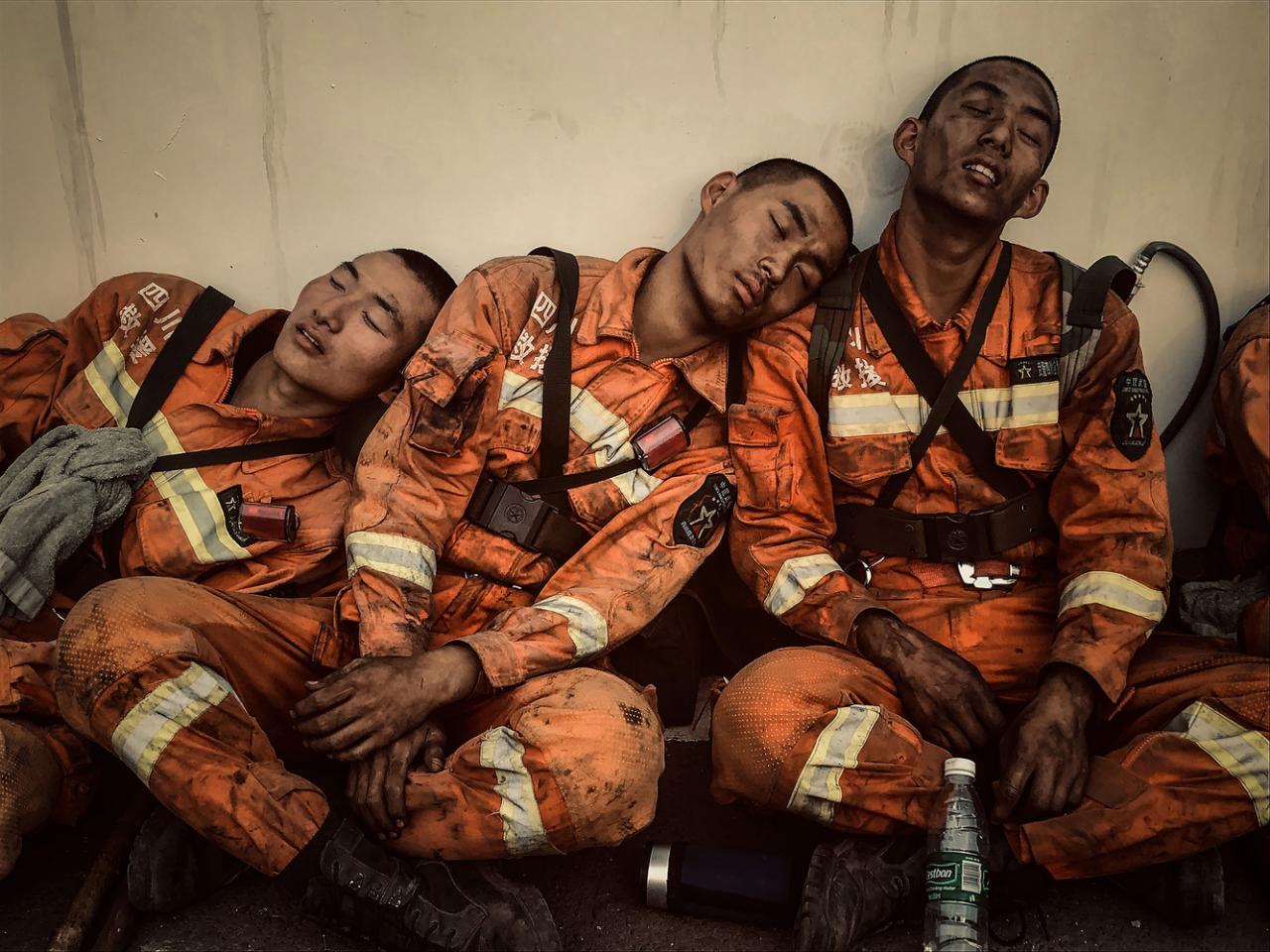 Shot on the iPhone 7
Of course, shooting in manual isn’t crucial by any means, and although there are notable benefits for having that extra control, it’s not necessary.
“The amazing thing is, with photography now, all these cameras that we have in all these phones, everything is automatic,” Parr noted. “You don’t have to worry about the settings, maybe you might want to set the ISO, but apart from that, you don’t have to worry about anything.”
The second thing that could help your smartphone photography is a tripod. This doesn’t have to be a large, cumbersome, heavy beast of a tripod you have to lug around with you. Instead, even a tabletop or mini tripod will do. With a tripod, you have the ability to manage your composition far more effectively. You can also shoot with much slower shutter speeds without introducing any shake into your image. 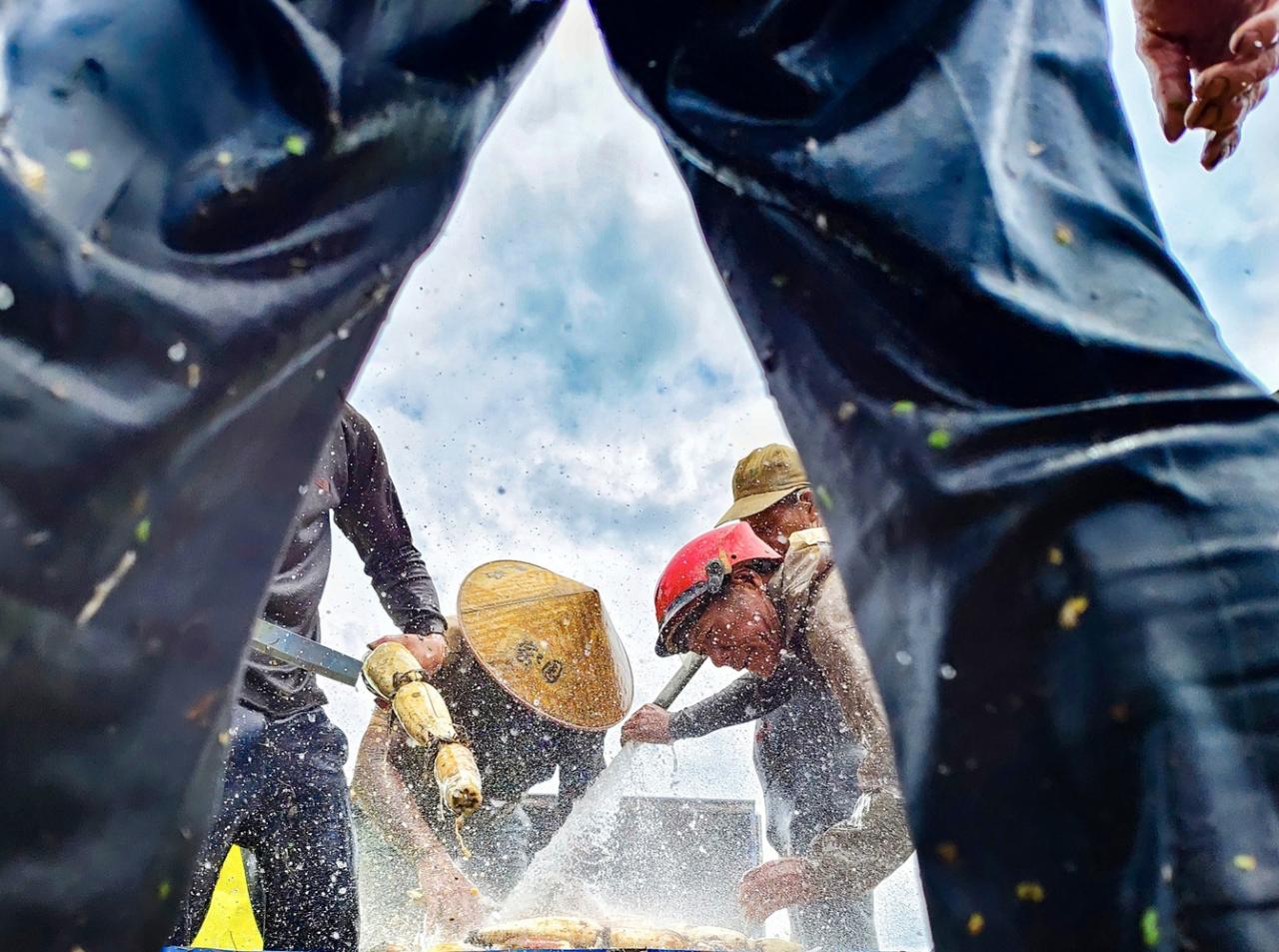 Shot on the vivo X60 Pro+
Once again, a tripod isn’t vital, but it can be helpful. It does, of course, depend on the kind of photography you plan on doing. For example, if you’re shooting portraits or street photography, a tripod might actually get in the way.
Martin Parr highlighted the benefits of keeping it just you and the smartphone camera, especially in documentary photography, where smartphones are unthreatening to the subject, as everybody has one.
Finally, it may be a good idea to shoot your images in raw. Most camera phones offer this feature, and it can really improve the kind of images you produce. Most smartphones tend to over-process images taken with the stock camera. This can be great in some instances, but not all. If you shoot in raw, you have better control over your images and end up with more flexible files. 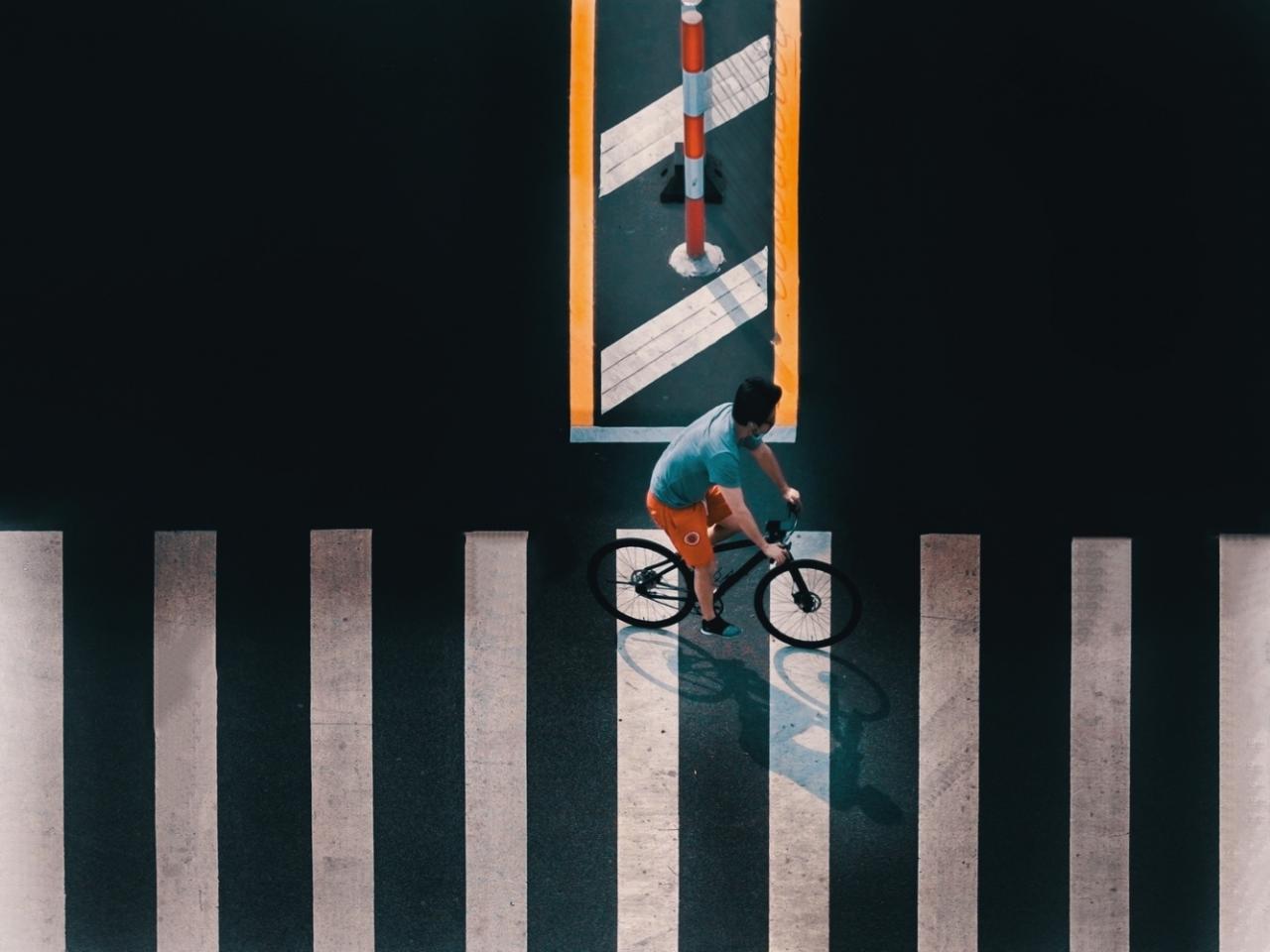 Shot on the vivo X30 Pro
The evolution of the smartphone camera in combination with the social media platforms available today offers you better tools to capture remarkable moments and easily show your work. On the flip side, the lack of gatekeepers in photography today means that we are also more likely to see low-quality work online. However, Parr pointed out how most images we take tend not to be very good, and that this is quite normal. This also means that the good images we see and take stand out more, and this is where the real opportunity is.
Of course, on social media platforms, it can be a little tricky creating your own style if the most liked images are usually cliches. Despite this, it’s important to continue producing the kind of images you love based on the subjects you enjoy shooting the most.
“I think the first thing to say is that often, you’ll find that the pictures that get a lot of likes are often quite cliched,” Parr reflected. “Whereby, if you want to get just likes for the sake of it, then put in a good sunset with a silhouette, and you’re probably going to get more likes than you would do with a sort of weird picture of an observational street scene that someone may have taken”.
Finally, Parr had some advice for anyone that is looking to join this competition: “My advice is to find the right subject and get connected, and that’s when good photographs are likely to appear.”
It’s far easier to be passionate about something if you can connect with it. Being passionate about a subject can make all of the difference in helping you produce images that truly stand out.
It’s you and your connection to the subject to the world out there; that’s the interesting thing. And that’s the thing that we all have that is unique. So, how can you tease that out? That’s the problem you got to solve. But, you know, I can’t tell someone how to solve it, they have to think themselves, you know how to get that across. So, the advice is to take a picture that is going to stand out and almost have a sense of mystery and ambiguity about it. That is going to capture the judge’s attention. Easier said than done, of course.

As discussed above, finding the right subject is extremely important. Fortunately, the competition includes 33 categories for photographers to pick and choose from. This means there are lots of options available and lots of different kinds of subjects to pick from. For example, if you enjoy photographing people, then the obvious choice may be the portraits category. On the other hand, if you love architecture, then you may want to consider the Place category.
The vivo VISION+ Mobile PhotoAwards 2021 is a celebration of smartphone photography and photographers of all levels, and even regular people with camera phones can enter this competition.
The Vision+ Mobile PhotoAwards was initially launched in 2020 by vivo and National Geographic. That first competition received an incredible 135,000 submissions and granted 38 awards. This year, with the second edition of this competition, there are 33 awards across all categories available from vivo and National Geographic. Winners of the competition will also receive creative support from vivo. Categories include genres such as portraits, sports, nature, news, and documentary photography.
Finally, this year’s competition features a highly esteemed panel of judges. They include Martin Parr, documentary photographer; Jonas Bendiksen, documentary photographer; Xiao Quan, portrait photographer; Laura Serani, curator, Les Rencontres d’Arles; Bertram Hoenlinger, photography expert, Zeiss; and Michael George, photo consultant, National Geographic.
Prizes for the competition include cash awards of up to $15,000, smartphones, and even further photography opportunities that include exhibitions with industry partners.
To find out more about the VISION+ Mobile PhotoAwards 2021 and to enter into the competition, visit the official website using this link here. All entries must be submitted by September 30, 2021, and finalists will be announced the following month, on October 30.
Usman Dawood is a professional architectural photographer based in the UK.
Check out the Fstoppers Store for in-depth tutorials from some of the best instructors in the business.
Not sure any smartphone camera has an actual aperture you can change, but I’m happy to be proven wrong.
Besides that, photography in this context, is an artform. There is no right or wrong way to make art. There is just art.
My issue with articles on phones and photography is the total lack of actual clear data. Yes we all have phones, worldwide, but no I do not believe to top of the end phones are representing a significant number of phones out there. People keep their phones for longer and longer and prices have been going up the roof for years now. Say a person buys a phone when it’s later in it’s cycle and keeps it for 3.5 years. That’s potentially a 5-6 year old model when they decide to replace and restart the same cycle with a mid to low range model. In the US, they have extended the monthly billing from 24 to 30 months, but in many other nations, people tend to pay it all upfront and keep the item for as long as they can. Like I say, if you search it’s hard to find clear data, as the manufacturer say that we keep our phones in the US for 2,5 years when other datas show 3.5 years. My point is, phones are not cheap and your average owner is not going to become a photographer or enter contests. To prove my point, this contest had 140000 entries for a total market of about 6 billion active phones. I would imagine for a specific situation the photographer with the most expensive, more advanced phones will most likely be getting the most appealing images simply because of the added options he has. What Parr is saying is that you can win a contest with an image from an Iphone13 but you may not need an iphone13 but really put an emphasis on technology. “you may not need a tripod, but you may want to use one”… “You don’t have to worry about the settings, maybe you might want to set the ISO, but apart from that, you don’t have to worry about anything.” I don’t see it being new territory. This was true 13 years ago, but really, phones higher camera features are not that affordable, so these contest are nothing different from shooting with a compact camera vs dslr or high end mirrorless model. In fact to be fair, limiting these contests to phone entries defeat the point Parr is making in the interview. “My advice is to find the right subject and get connected, and that’s when good photographs are likely to appear.”