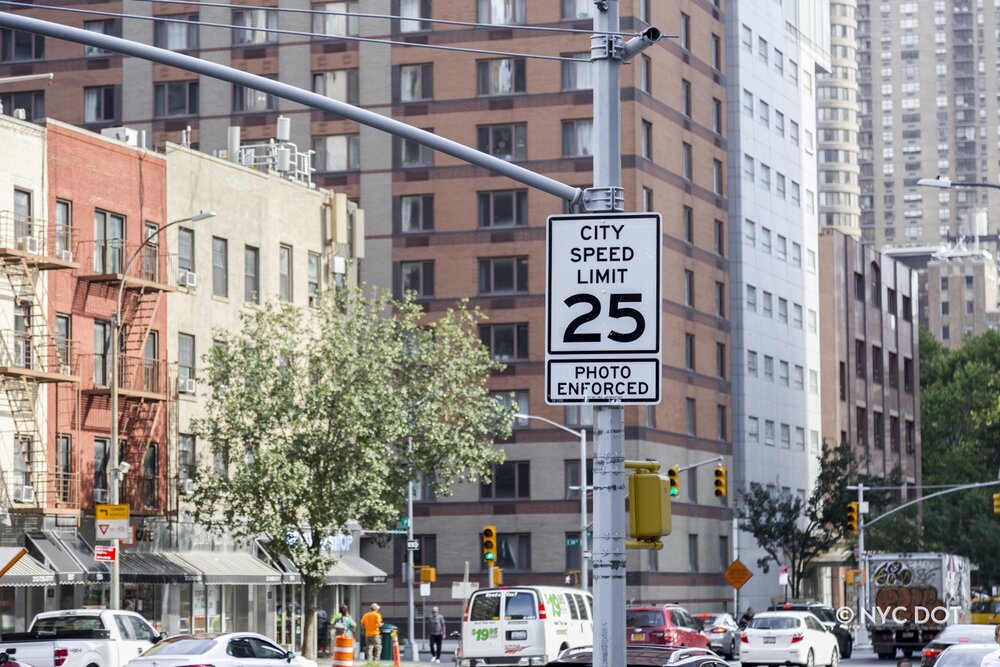 By Mark Lefkowitz, The Land
Going on five years, bike and pedestrian advocates and city of Cleveland officials who are concerned with the yearly death toll on city streets from motor vehicles have studied the causes and locations and discussed what to do about it. This month, the Vision Zero Task Force, as it’s known, is finally ready to act.
Vision Zero is an international movement started by advocates for safer streets. It jumped the pond from Sweden in 2016 and has gained ground in the United States — with San Francisco and New York as early adopters — and some 40 cities involved.

The Vision Zero initiative originated in Sweden. [Vision Zero Cleveland]
An action plan will be the next step for the Vision Zero Cleveland Task Force that formed when former Cleveland City Councilman Matt Zone in 2017 met with local advocates who wanted Cleveland to also set a goal to “zero out” traffic related deaths.
The Task Force, comprising city departments including Public Works and Planning alongside advocates like Bike Cleveland, found deeply troubling statistics — 13 people are killed or injured every week while walking, biking or driving Cleveland streets. How the city addresses this data trove it uncovered will be part of a big push the group is making this week at a series of public meetings.
WHAT: Vision Zero Cleveland public meetings
WHEN: Virtual kick-off, Tues. 10/5, 6-7:30p via Zoom
WHERE: Sign up via Eventbrite here
WHO: Keynote speaker Karin Korb, Vision Zero task force members, and you
“It’s about getting [city officials] comfortable with the idea that there is a problem with our roadways,” said Jacob VanSickle, executive director of Bike Cleveland and Task Force member. “Vision Zero is about a culture shift. It’s about changing the way we view death on our roadways.”
Advocates maintain that Vision Zero is about what you do on the road as much as it is about arriving at the destination. Which is another way of saying that it could take years before Vision Zero Cleveland reaches its goal to “eliminate serious injuries and deaths on Cleveland roads through clear, measurable strategies to provide safe, healthy, and equitable mobility for all.” (The City of Oslo did achieve zero pedestrian fatalities in 2019 due, in some measure, to its Vision Zero program.) 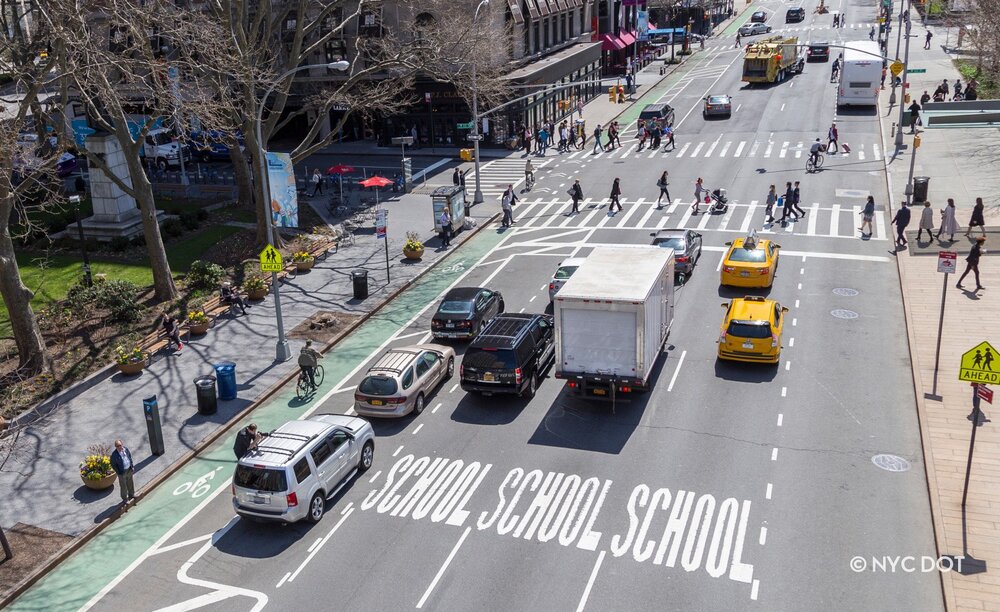 A view of bike lanes and pedestrains in New York City. [NYC Department of Transportation]
“We did a deep dive into the data of where crashes occur and found out that people on the east side of Cleveland, largely an African-American population, are disproportionately impacted by roadway violence,” says VanSickle, who heads the Data and Evaluations subcommittee of Vision Zero Cleveland, one of five groups that have met every six weeks since 2017.
The data gathering and discussion, though long, was instrumental to some progress for the Task Force, whose members include key city decision makers like Rob Mavec, Cleveland’s Commissioner of Traffic in the city’s Department of Public Works, and Freddy Collier, director of the City Planning Commission.
For example, after identifying the most dangerous one-mile portions of roadway throughout the city and noticing that a preponderance are located on the east side, Cleveland’s Task Force members applied to the Ohio Department of Transportation (ODOT) for funds to study and address one area in particular: St. Clair Avenue and E. 105th St. The city is also addressing such dangerous stretches as E. 93rd and E. 105th Sts., with the aid of a NOACA Transportation for Livable Communities grant.
Still, the Task Force has taken almost five years to reach the point where it is now, on the verge of holding nine public meetings, many in areas containing the most dangerous one-mile road sections. The Task Force hopes to gather input from residents on where and why they feel unsafe walking or biking. It will then use that information, plus more data from a survey it is circulating, to produce an action plan.
“I think the number one thing that could happen is to adopt a traffic calming policy,” VanSickle said, noting that Pittsburgh, Columbus and Lakewood have already done just that.

Cars in traffic on a New York City street. [NYC Department of Transportation]
The idea behind Lakewood’s traffic calming policy and program is for residents to submit concerns and apply for traffic calming on their street. The city then budgets and installs devices like speed tables, bump-outs and raised crosswalks.
“I hear from residents who are in favor of traffic calming,” VanSickle said. “It’s largely on the city to identify a policy [that] allows these features to be put on streets where speeding is a big problem. Anything we can do to lower speed limits through calming.”
Some cities, including New York, claimed early victories from Vision Zero when advocates pressed the city to reduce speed limits to 25 mph citywide. The city agreed, marking the first time a major American city reduced its speed limit to 25 mph on every street.
VanSickle says a recent move by ODOT to amend a traffic law called the 85th Percentile rule, which is well-meaning but proved to be a barrier to traffic calming and lowering speed limits, is a sign that a New York-style Vision Zero plan (i.e. with some teeth in it) could happen in a more conservative state like Ohio.
VanSickle says, as important as rule changes are, it is a mindset that allows the carnage to pile up — 74 people died in 2020 in traffic crashes in Cleveland; 55 Clevelanders have died in roadway crashes so far in 2021 — that really needs to change.
“We need to humanize the work,” he said. “Death can be very abstract if it doesn’t impact you directly. So, we need to pull at the heart strings to help get more residents engaged.”
The Vision Zero Task Force will hold a kick off virtual meeting on Tuesday, October 5 at 6 p.m. featuring a keynote address from national speaker Karin Korb on expanding Vision Zero to include people with disabilities. The survey can be accessed on the Vision Zero Cleveland website.
Marc Lefkowitz is a writer and sustainability expert who lives in Cleveland Heights.
Support Provided By