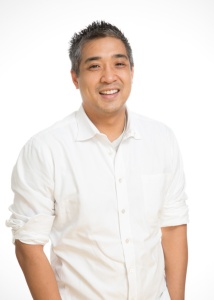 Productfy Inc., a banking-as-a-service (BaaS) platform that aims to build “DeFi for traditional finance,” has raised $16 million in a Series A round of funding led by CM Ventures.
Existing backers Point72 Ventures, 500 Startups and Envestnet | Yodlee also participated in the financing, which brings its total raised since its 2018 inception to nearly $19 million.
There are a growing number of BaaS companies, which all essentially have the same end goal — to make it faster and easier for fintechs and other companies to launch financial services and products.
Productfy aims to stand out with its mission to build DeFi for traditional finance, according to founder and CEO Duy Vo. From a product architecture standpoint, Productfy has been built “from the ground up,” he said, to operate with multiple banking partners.
“This is not something our competitors are built for,” Vo said. “Traditional banks will not last if they can’t decentralize.” (More on this topic later.)
Who needs a BaaS partner, anyway?

Put more simply, Productfy wants to be the “Shopify of embedded finance.” The company claims that with its platform, developers can “configure in hours, integrate in days, and go from idea to full stack deployment in as little as three weeks.”
But Productfy, unlike many other BaaS companies, is not just focused on developers. Its team is building beyond the API layer to produce more white label user interfaces. So while the company, of course, wants to be robust for developers, Vo says it is even more focused on brands that lack technical resources or domain expertise. Since July, the startup has seen 119% month over month revenue growth. It currently has eight clients, including HatchCard.
CM Ventures evaluated a number of BaaS and embedded finance companies and had discussions with around “30 different players” before deciding to place its bet on Productfy, according to Vagan Khranyan, managing partner of lead investor CM Ventures.
“We concluded that Productfy has the only market-ready solution to be sold to customers,” Khranyan told TechCrunch. “We see massive parallels in what Productfy is building and larger movements in distributed and decentralized finance across the industry.”
The company, he said, is working to simplify an otherwise complicated process with multiple bank partners, data and card vendors.

Image Credits: Founder and CEO Duy Vo / Productfy
For example, Productify’s partners include Equifax, card issuing platform Marqeta, card fulfillment partner Arroweye and financial data provider Envestnet | Yodlee. The startup has also teamed up with Stearns Bank National Association as it works on developing “expanded access” to money movement, digital banking and card issuance products “via easily embeddable APIs, widgets and pre-approved customer interfaces.”
“The Productfy platform is unlike any we’ve seen in the market,” said Josh Hofer, chief risk and information security officer of Stearns Bank. “Aligning our technology roadmap with the Productfy platform enables both companies to succeed by making banking products more accessible and scalable for the entire ecosystem.”
Specifically, the startup says that its partnership with Stearns Bank gives fintech entrepreneurs and non-fintech businesses a way to launch money movement and card programs with stacked workflows and unified due diligence, “eliminating months of development, compliance hurdles, and third-party integrations.”
“We’ve been building our basic infrastructure and compliance and technology,” Vo told TechCrunch. “When we launched these programs, we learned a ton. Now, we’re taking those learnings to build the next iteration of our product, which will essentially be a white label ‘fintech in a box’ solution, which will allow any organization to launch a financial product or retail banking experience within days.”
Vo says he was motivated to start Productfy because he believed that the financial services industry has “largely failed the most vulnerable people in our society.”
“We’re always asking ourselves how can we create a financial ecosystem that is kinder, more compassionate and more socially just,” Vo said. “The way that we believe that we can solve this problem is to create a decentralized financial infrastructure.”
He emphasizes that while DeFi has traditionally been associated with cryptocurrency, his startup has “nothing to do with cryptocurrency.”
“What we’re doing is we’re creating a DeFi for traditional banking,” Vo told TechCrunch.” Because banks are the origin servers, and if AWS can dynamically route traffic based on usage, that takes power away from users and spreads it around to small banks and the organizations that work with end users.”
Vo’s goal is that if this can be nailed down in the U.S., Productfy could add a node in countries such as Uganda and Libya and create the “first true distributed financial infrastructure” that would allow for near-instant funds transfers, for example, “easily, securely and at less than a penny globally.”
Looking ahead, the startup will use its new influx of capital to further scale its offerings and compliance-as-a-service capabilities and continue improving its core data and card issuance offering, with a focus on building new integrations and partnerships and launching its first cohort of customers.
In the fourth quarter, Productfy plans to launch a new Card-Issuance-as-a-Service solution, dubbed “Latinum,” aimed at helping brands improve their customer experience and build greater loyalty. The idea around the branded debit card is to give say, members of a church congregation, the ability to use a card where the interchange fees would be used to lend money to fellow congregation members.
Currently, Productfy’s target is to allow brands to go live in as little as three weeks. Today, they still have to have an engineering team to do that. But by the fourth quarter, Vo says, they won’t need engineering or compliance teams because its white-label solution will be available. And the process will only take days, the company claims.
“We’re moving the ability to offer retail banking services to the edge,” Vo said. So that religious organizations, schools, gaming companies, e-commerce brands or any organization with “a strong following” can launch a debit card program with deposits, money movement, KYC (Know Your Customer), compliance and servicing built in.
Other BaaS companies that have raised capital this year include Unit, which in June raked in $51 million in a Series B round to further its goal of making it possible for companies and fintechs alike to build banking products “in minutes.” In July, Solarisbank, a Berlin startup that provides a range of financial services by way of some 180 APIs that others use to build end-user-facing products, raised $224 million at a $1.65 billion valuation.
Solarisbank raises $224M at a $1.65B valuation to acquire Contis, expand API-based embedded banking tech in Europe