Riddhiman Das, TripleBlind
An oversubscribed $24 million Series A funding round announced Monday is expected to push Kansas City-coded TripleBlind into new verticals as it rapidly scales and finds itself a leader in data efficiency. 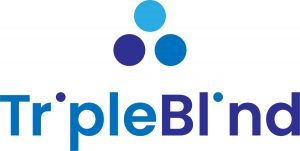 The startup — which previously secured $8.2 million in seed funding in April — found return support in Mayo Clinic, which co-led the investment round with General Catalyst.
Additional returning support came from Kansas City-grown firms KCRise Fund and Flyover Capital, along with AVG Basecamp Fund, Accenture Ventures, Clocktower Technology Ventures, Dolby Family Ventures, NextGen Venture Partners and Wavemaker Three-Sixty Health.
“When we launched last November, the primary interest in TripleBlind’s solution was among healthcare organizations, to more effectively share data while enforcing HIPAA and GDPR,” Riddhiman Das, co-founder and CEO, said in a release.
“Today, interest has grown exponentially and now includes leaders in financial services, media and telecommunications, energy and many other industries where sharing data assets is critical to sustained, long-term growth.”
“The strong interest from our current and new investors highlights the growing market need for data privacy solutions that are both effective and efficient.”
Click here to read more about TripleBlind and why it was named one of Startland News’ 10 Kansas City Startups to Watch in 2021.
TripleBlind co-founders Riddhiman Das and Greg Storm previously worked together at one of Kansas City’s most well-known startups, EyeVerify (later rebranded as Zoloz) — which created the “EyePrint ID” that is able to identify a person by the red blood vessel patterns in their eye.
The startup sold to Ant Financial for more than $100 million in 2016. Das was leading corporate venture capital efforts for Ant while Greg was working as the director of Research at Zoloz when the two discovered a common concern within data privacy tech that was available at the time.
“TripleBlind today is the leading company globally in the privacy enhancing technology space,” Das said in a Facebook post. “In under two years, we have managed to crack the holy grail of data privacy, served reputable customers, built amazing partnerships and are backed by strong thesis-driven investors.”
“Last time, it took us 9 years to go from technology invention to > $100mm in valuation,” he continued, referencing EyeVerify’s success. “We’re grateful that this time it took us under 2 years. Thank you for supporting us throughout this journey.”
To date, TripleBlind has raised a reported $32 million. It launched its data privacy solutions platform to much fanfare in November 2020, simplifying complex issues for the likes of General Catalyst and Mayo Clinic — thus garnering such staunch support and multiple investments.
“TripleBlind is an incredible platform for empowering companies to collaborate on data while preserving privacy, data rights and intellectual property.  Particularly important today in the healthcare industry, as the lack of data mobility results in fragmented and non-optimal care,” said Quentin Clark, managing director, General Catalyst.
“At General Catalyst we believe that TripleBlind’s platform for enabling teams to work together with the most private and sensitive data is a necessary part of how companies will be able have agility while respecting the privacy of their customers, and the intellectual property of their partners.  We are thrilled to work with the TripleBlind team as they work to achieve their mission.”
The team at Mayo Clinic agreed.
“Bringing together AI algorithms and data in ways that preserve privacy and intellectual property is one of the keys to delivering the next generation of digital medicine,” added John Halamka, M.D., president of Mayo Clinic Platform.
“These novel privacy-protected solutions promise to usher a new era of collaboration.”
With the close of the funding round, Halamka will join TripleBlind’s board of directors as an observer.

This story is possible thanks to support from the Ewing Marion Kauffman Foundation, a private, nonpartisan foundation that works together with communities in education and entrepreneurship to create uncommon solutions and empower people to shape their futures and be successful.
For more information, visit www.kauffman.org and connect at www.twitter.com/kauffmanfdn and www.facebook.com/kauffmanfdn
© Copyright 2021 Startland News