Search for
More often than not, some of the most striking designs can come from unlikely places. Superbike enthusiasts are so used to seeing these in models built by certain manufacturers from Japan, Italy, Germany. As such, some might not expect something like the SR-C21 Vision Concept to actually come from a Chinese marque.
This here is a bit confusing if you really look at it given CFMOTO is based in China. However, credit for this design and build goes to the company’s European team. Still, what matters is the stunning machine that is in front of us right now. It’s brimming with the latest tech and ready to race
Although this is just a concept, they have the capacity to bring this into production, which we hope they do. The moment you spot the winglets, it tells us the SR-C21 Vision Concept is built with performance and handling at the core. The all-black theme with red accents adds to its aggressive character along with the sleek outline.
We can also spot graphics in gray to contrast the darker tone of its body which gives its sportier vibe. Some sections of the SR-C21 Vision Concept stand out since these are forged carbon fiber. The metallic yellow of the inverted forks peek behind the aerodynamic fairings, while Öhlins suspension is equipped on both ends.
Brembo Stylema brake systems ensure reliable stopping power with a forged carbon fiber disc cover for the front. The two forged wheels in black are wrapped in Pirelli Supercrosa tires ready for the tracks. CFMoto did not disclose the powertrain of the SR-C21 Vision Concept, but they will likely source it from KTM. 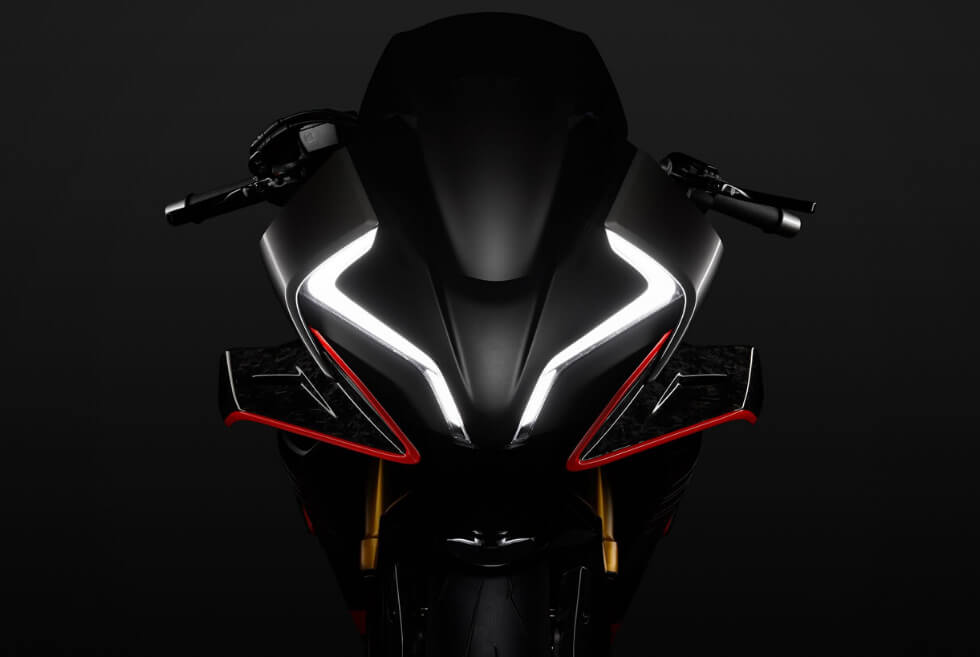 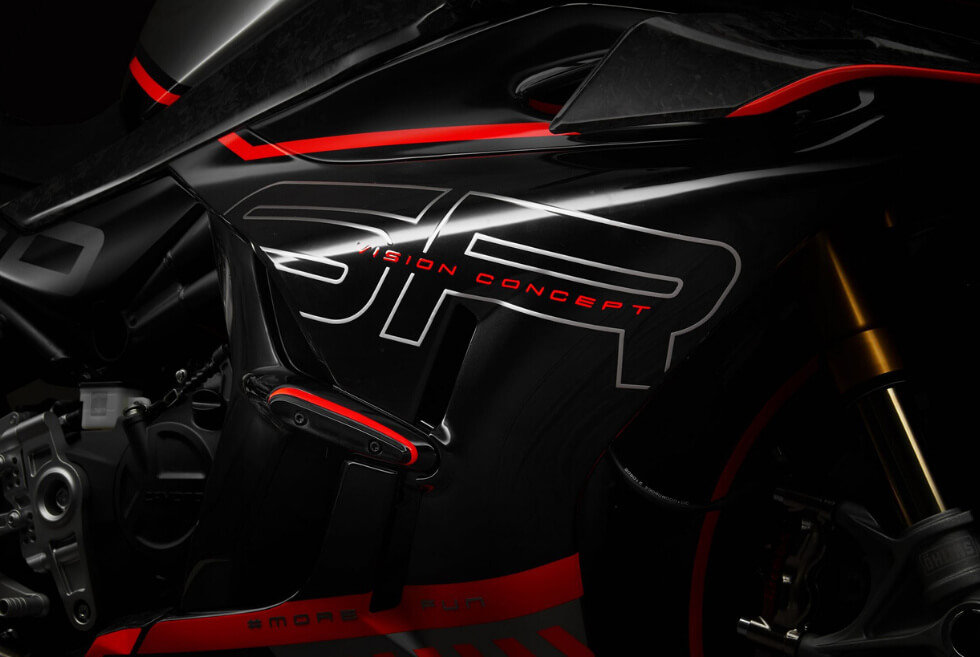 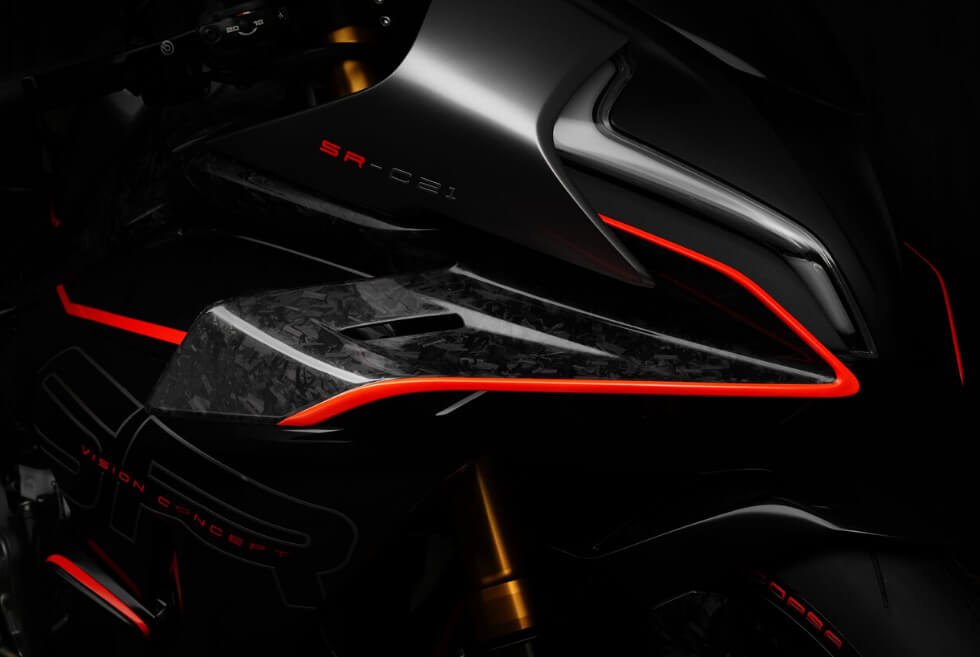 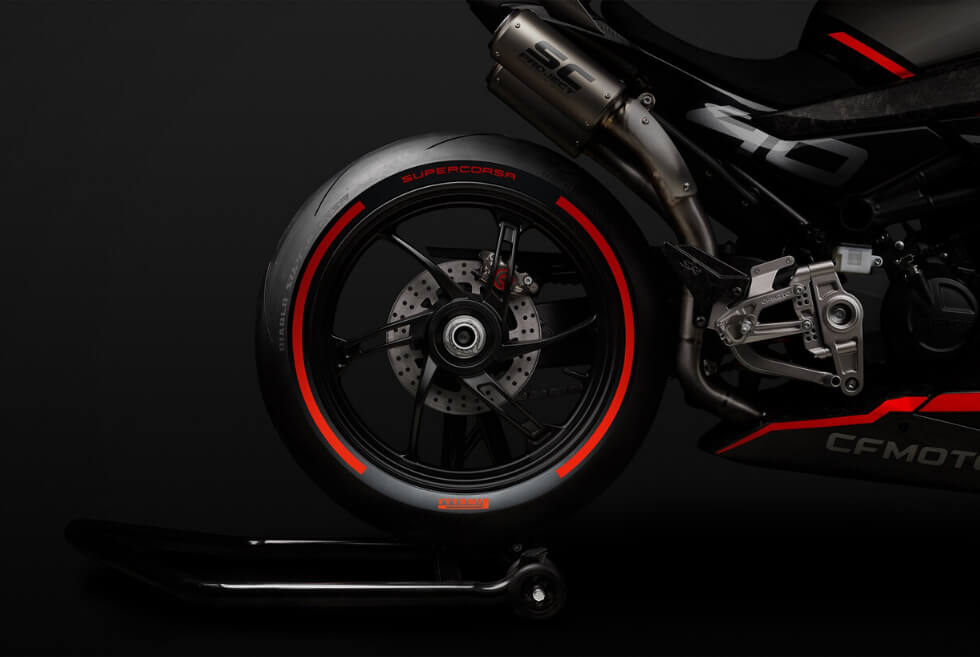 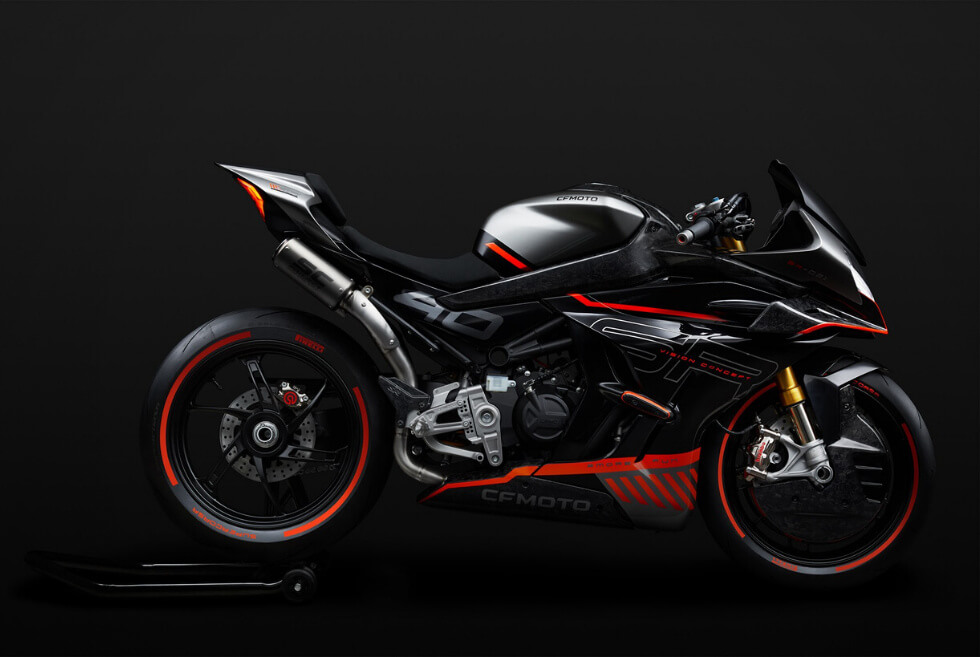 Images courtesy of CFMoto
Delivered Weekly
Rides
The brains behind the Pilot electric bicycle is designer Franz Cerwinka who came up with this remarkable machine after extensive research.
Rides
Despite the missing roof, the 2021 Elva remains an agile beast on the road and tracks with a silhouette that evokes motorsports.
Rides
If Lamborghini eventually goes fully electric, Aven Shi suggests they develop an electric hypercar like the Xeno concept.
Rides
Although it still has the original silhouette of the donor car, B is for Build’s Chris Steinbacher gave the Jumpacan an insane visual overhaul.
Rides
Some sections of the Model Excellence 24K adorned with gold via electroplating while the Tesla badge has been replaced with Caviar’s crown emblem.
Rides
The Flying Cloud 30FB Office features a living area, dinette, a full bathroom, and a dedicated workspace so you can travel and work virtually anywhere.
© 2021 Men’s Gear LTD
Website by FHOKE
Men’s Gear LTD is a participant in the Amazon Services LLC Associates Program, an affiliate advertising program designed to provide a means for sites to earn advertising fees by advertising and linking to Amazon.com. For more information read our affiliate disclosure. Men’s Gear LTD is a registered company in England and Wales No: 13556978