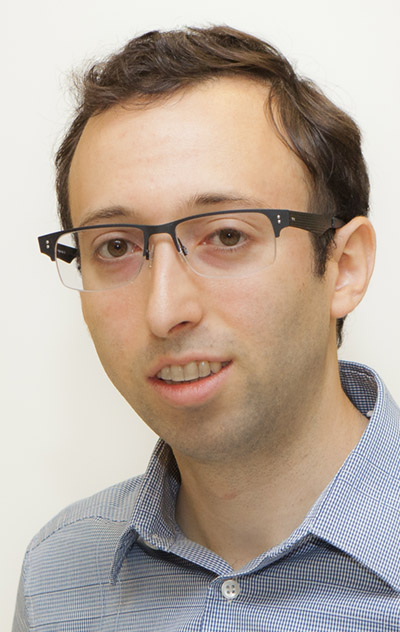 As the effects of climate change escalate and countries around the world set goals for reducing greenhouse gases, renewable energy has become the path to a cleaner future.
However, one challenge is capturing the electric power generated by wind- or solar-powered technology and storing it for later use, like when the weather is calm or at night.
A recent grant from the Department of Energy’s Small Business Innovation Research program pairs two Binghamton University faculty members with two tech firms trying to make the needed equipment more efficient and easier to manufacture.

Assistant Professor Pritam Das from the Thomas J. Watson College of Engineering and Applied Science’s Department of Electrical and Computer Engineering will lead the research, with Assistant Professor Scott Schiffres from the Department of Mechanical Engineering assisting the principal investigator of the project.
They will collaborate with MAM Inc., a New Jersey-based firm specializing in high-frequency custom magnetic cores and components, and C4V, a startup company based in Binghamton and mentored by Distinguished Professor M. Stanley Whittingham, who won the 2019 Nobel Prize in Chemistry for his role in the creation of the lithium-ion battery.
The initial round of funding for their project, titled “Advanced Power Conversion System Magnetics for Grid-Tied Energy Storage,” totals around $199,773. Pending the results, a second phase could mean an additional $1 million, with one-third going to Binghamton University.
The research utilizes three of Das’ patents — one issued, two pending — to better connect batteries to the wider electric grid.
“With this patented technology, we’re making it possible to build bi-directional power conversion systems that interface batteries with the grid and share energy between the two in a bidirectional way,” Das said. “Sometimes when there is surplus power from renewables, you can store them in the battery, and when there is less power from the renewables, you can drain the battery to the grid.”

This new patent pending integrated bi-directional power conversion system, also known as Multi-Level Bridge Tapped Resonant Converter, includes a high-frequency and high-power transformer to step voltage up or down for specific needs by the battery pack and the three-phase AC power grid. The high-frequency excitation of the transformer leads to the overall reduction of size, weight installation logistics and real estate occupied by the energy storage systems. One of the major challenges when building such systems are standardizing the magnetic components and reducing their variations due to manufacturing tolerances. Such variations affect efficiency and long-term reliability of the converters can vary widely from unit to unit by 10 to 15%.
One of Das’ patents eliminates some of the magnetic components by novel magnetic integration methods, and he is looking to Schiffres’ expertise in 3D printing and additive manufacturing to smooth out some of the other technical issues, like improved cooling and economically manufacturing magnetics with desirable properties.
“There’s basically two parts: the electronic wizardry to charge and discharge the battery more efficiently, reducing power devices necessary by 25% and cost by 30%, and then also manufacturing the magnetics, which is where our collaboration is,” Schiffres said. “I’ve been learning a lot about electrical power conversion, and we’ve been developing the idea together. Hopefully it will spur a lot of other research advances.”
The new system will be at least 30 to 40 times more power dense than the traditional line frequency transformer of similar power rating, which will mean a lighter and much more portable system that is more easily integrated into the power grid. The initial aim would be small- and medium-sized commercial applications, ranging from tens of kilowatts to a few hundred kilowatts.
Making renewable energy more integral to the power grid will help decarbonize the grid toward a greener planet, and also save consumers money by providing a more stable level of electricity during peak and off-peak hours. If the demand on the grid is higher than expected, the energy stored locally can serve as a cheaper alternative and prevent blackouts.
Das is grateful for the support not only from the Department of Energy but also his industry partners. C4V is a collaborator on other research utilizing extra-fast charging stations for electric public transit buses. If this DoE research is successful, manufacturing the new converters could create about 120 jobs for MAM and C4V.

“Money is the ultimate power,” Das said with a laugh. “Otherwise, you can have 1,001 thoughts and ideas about all forms of energy, but you cannot harness it without funding.”