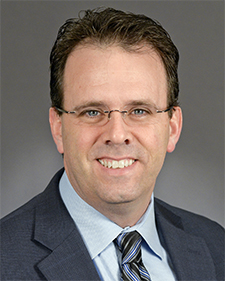 But Starlink has also stirred up plenty of debate — and even frustration — among Minnesota officials, who at times see the company as something of a distraction from efforts to publicly fund more traditional types of broadband such as fiber-optic cables.
“Starlink is kind of the shiny new penny that’s dangling,” said Michelle Marotzke, an economic development official with the Mid-Minnesota Development Commission in Willmar. “A lot of people ask about it: ‘Well, what about Starlink? That’s going to fix all of our problems.’”
There are parts of Minnesota where people still don’t have access to quality broadband.
As of October 2020, 16.9 percent of state residents in rural areas did not have access to internet with download speeds of 25 megabits per second (Mbps) and upload speeds of 3 Mbps. The state has a goal to provide 25/3 Mbps access to everyone in Minnesota by 2022.

Peter Peterson, a computer science professor at the University of Minnesota Duluth, said high-speed internet has primarily come through cable television infrastructure since the 1990s, and that cable equipment wasn’t built in many rural areas largely because it is more costly to bury cable in sparsely populated areas with fewer potential customers to recoup costs. Public subsidies created a nationwide telephone network, but phone lines don’t have the same capacity for speedy broadband, Peterson said.
The state has lately subsidized construction of broadband infrastructure, namely fiber-optic cable, spending more than $126 million on a grant program for developers since 2014 before lawmakers approved another $70 million earlier this year as part of Minnesota’s latest two-year budget.
Fiber is reliable and fast, but it is also expensive to build, and other technologies have become more popular lately, too, including fixed wireless, in which homes get service from a signal placed high on a nearby building. There’s also traditional satellite internet.
Article continues after advertisement
Peterson said both can work well but have downsides. Fixed wireless needs some infrastructure, plus homes must be somewhat close to it and have topography that doesn’t block the signal. Satellite internet is expensive, and the service is typically slowed after hitting a data cap, Peterson said. It also has high “latency,” which is what creates, say, a delay in a video call between when you say something and when another person on the call hears it.
Starlink also relies on satellites, but it’s very different from traditional satellite internet. Typical connections rely on one large satellite. Peterson said that the satellite is roughly 22,000 miles in space and is in “geostationary orbit,” meaning it’s over the same spot on Earth at all times. SpaceX, however, has built a “constellation” of smaller, moving satellites that it launches from rockets into “low-earth orbit,” roughly 340 miles in the air, Peterson said.
“As long as there’s a satellite over your house at one time you can have internet service from this satellite,” Peterson said. “The latency is a lot lower because it’s so much closer and the bandwidth is really high presumably because they have enough hardware to support high bandwidth.”
On its website, Starlink says its broadband service is ideal for rural and remote communities and runs “without the bounds of traditional ground infrastructure.” Service is not available everywhere, but the company says it plans to “continue expansion to near global coverage of the populated world.”
Starlink says users can expect to see download speeds between 100-to-200 Mbps. As the company launches more satellites and installs more “ground stations” — which are needed to provide the internet service to users — Starlink promises speed and latency will improve.
Starlink hasn’t imposed any data caps for now, and the service has cost $99 per month after an initial $499 for the internet receiver and other equipment.

Independent, in-depth journalism costs money to produce. MinnPost’s nonprofit reporting is available paywall-free thanks to the financial support of loyal readers like you. Will you make a tax-deductible donation today?