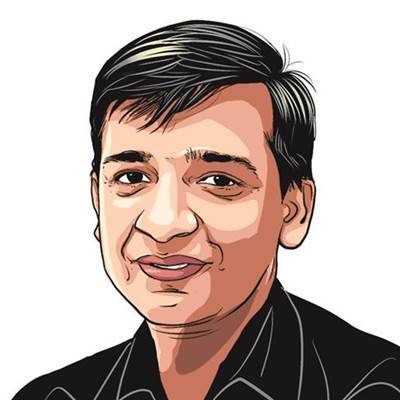 On Tuesday, Prime Minister Narendra Modi will launch a new programme to secure and strengthen critical infrastructure in small island states against disasters induced by climate change. Infrastructure for Resilient Island States or IRIS is the first major initiative by the Coalition for Disaster Resilient Infrastructure (CDRI) started by India in 2019.
What is CDRI?
The effort is to climate-proof critical infrastructure in member countries. Twenty-six countries, including the US, Germany, UK, Australia, Brazil, Bangladesh, Afghanistan, Nepal, Bhutan, Sri Lanka, and Japan are already part of the coalition.
The coalition will not create any new infrastructure — rather, it will serve as a ‘knowledge centre’ for member countries to share and learn best practices with respect to disaster-proofing of infra. It will work towards making existing and upcoming infrastructure in member countries more robust and resilient against climate disasters such as floods, heat, cyclones, forest fires, and rain.
According to CDRI estimates, every one dollar invested in making infrastructure more resilient in low- and middle-income countries can potentially save losses of over $4 when a disaster strikes.
There is widespread acknowledgment that despite the actions by countries to fight climate change, the frequency and intensity of extreme weather events and disasters will likely only increase in the coming years. Countries are already experiencing more intense flooding, heat waves, and forest fires every year, and they realise the urgency of the problem.
India’s east coast, especially Odisha and Andhra Pradesh, has for example been experiencing more powerful and frequent cyclones every year. Thanks to the significant progress in advance warning and tracking systems, and timely evacuation of people, the loss of lives has been greatly reduced over the years. But the threat to infrastructure has persisted. So, power plants stop functioning, communication towers are damaged and street lights uprooted, and trains and flights have to be stopped. All this has cascading effects, and the monetary costs of the damage and disruption runs into billions of dollars every year.
The aim of CDRI is to minimise the damage and disruptions.
CDRI is India’s second international climate initiative; the first was the International Solar Alliance (ISA), launched at the 2015 Paris climate change conference.
ISA’s main objective is to promote largescale harnessing and exploitation of solar energy. Equatorial and tropical regions get very good sunlight for most of the year, which is sufficient to meet the energy demands of many countries in this belt.
ISA is working towards boosting the use of solar power in the region, mainly by bringing down the cost of technology and finance, which can facilitate rapid, mass deployment of solar energy. It hopes to do so by aggregating the demand from a large number of countries, standardising equipment and grid, and promoting research and development.
To take this idea forward, the One Sun One World One Grid (OSOWOG) proposes a common grid through more than 100 countries. The idea is to stabilise energy supply, overcome local and natural fluctuations in the availability of sunlight, and to maintain reliable baseload capacities at all times.
ISA and CDRI are an attempt by India to claim climate mission leadership at the global level. Both have received wide support from developing as well as developed countries.
The solar alliance will result in the mitigation of greenhouse gas emissions through a largescale switch from fossil fuels to solar energy, while also addressing issues of energy access and energy security.
CDRI is aimed towards achieving the adaptation goal. Together, they form the bases of India’s vision for global climate action that also takes into account issues of equity, development, and the special needs of developing and least developed countries.
What is IRIS?
As OSOWOG is a specific work programme to realize the objectives of the ISA, IRIS seeks to operationalise the CDRI initiative.
Small island states are the most vulnerable to the impacts of climate change. As sea levels rise, they face a threat of being wiped off the map. According to CDRI, several small island states have lost 9 per cent of their GDPs in single disasters during the last few years.
Kamal Kishore, co-chair of the executive council of CDRI, pointed out that infrastructure in these smaller countries is more critical simply because there is so little of it.
“A larger country may have several airports, for example, so even if one or two are damaged in climate disasters, the country can divert their operations elsewhere. But many small island states have a single airstrip that is their only connection to the world, and their only supply line,” he said.
Unsurprisingly, several small island states have joined the IRIS platform, and drawn up plans for implementation. The bulk of the work would involve mobilising and directing financial resources towards building resilient infrastructure, retrofitting existing infrastructure, development of early warning systems, and development and sharing of best practices.
Newsletter | Click to get the day’s best explainers in your inbox
📣 The Indian Express is now on Telegram. Click here to join our channel (@indianexpress) and stay updated with the latest headlines
For all the latest Explained News, download Indian Express App.