Information and resources related to COVID-19
AUSTIN, Texas — A new supercomputer for Texas researchers will allow scholars across the state to compute, and compete, at the cutting edge of science and engineering.
Lonestar6, a Dell Technologies and AMD system that is designed and deployed by the Texas Advanced Computing Center (TACC) at The University of Texas at Austin, will be able to perform about 3 quadrillion mathematical operations per second — or, in high-performance terminology, 3 petaflops.
A person would have to do one calculation every second for 100 million years to match what Lonestar6 will compute in just one second. It will enable doctors to design patient-specific cancer treatments, let astronomers peer more deeply into the cosmos than ever before, and help meteorologists forecast our changing climate. 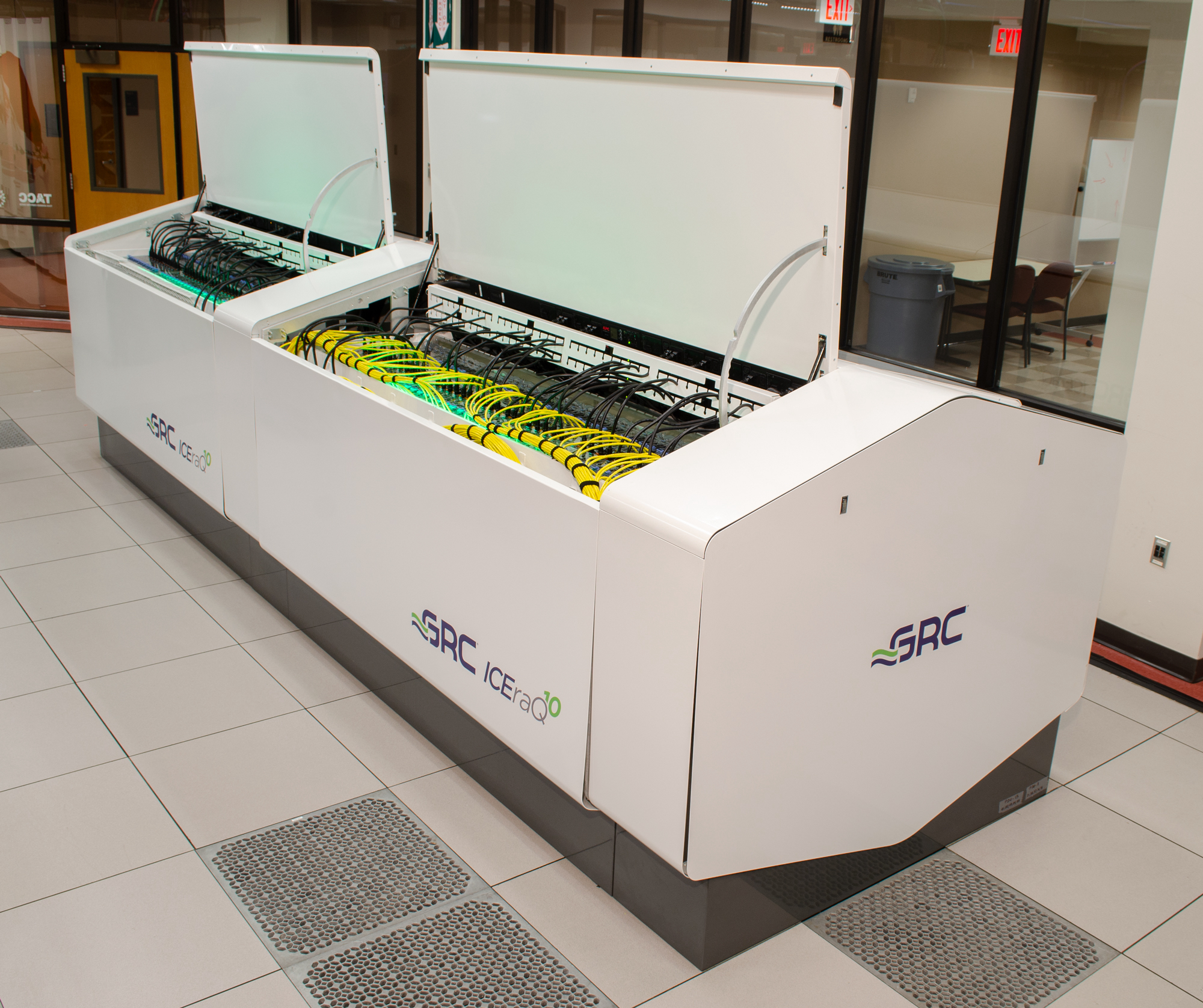 When fully deployed this fall, Lonestar6 will be the seventh-fastest supercomputer at a U.S. university and three times as powerful as the Lonestar5 system that it replaces. (The No. 1 and No. 3 academic systems in the U.S. are also operated by TACC.)
In December 2020, The University of Texas Board of Regents approved $8.4 million to support the highly successful University of Texas Research Cyberinfrastructure initiative. During the past 11 years, the initiative has provided powerful computing and data resources at no cost to Texan scientists, engineers, students and scholars at all 13 UT System institutions, and it will expand to also include support for artificial intelligence research.
“Opening up TACC’s world-class computing ecosystem will benefit numerous students and scholars across the UT System,” said James B. Milliken, chancellor of the UT System. “We are grateful for the continued investment by the Board of Regents, which will allow the UT System to maintain leadership in this critical technology area and attract top faculty across science and engineering fields.”
Several Texas academic institutions jointly ­contributed $2 million to the project. These include: the Oden Institute for Computational Engineering and Sciences, the Center for Space Research (both based at UT Austin), Texas A&M University, Texas Tech University and the University of North Texas system. These partnerships will allow researchers from these institutions to use the cyberinfrastructure initiative resources. Their involvement also will allow TACC to build more enhanced supercomputers for shared use.
“This new collaboration will have extraordinary long-term impacts for research at University of North Texas,” said Mark McLellan, vice president of UNT’s Division of Research and Innovation. “It creates exciting opportunities for innovative and impactful research outcomes. Working with TACC will allow UNT’s research teams to effectively address a range of pressing global challenges.”
The funding from the UT System and partners will also support Corral, a new high-performance data storage and archival system. It will provide access to TACC’s Longhorn system, which targets artificial intelligence and other GPU-accelerated problems.
First formalized in 2010, the University of Texas Research Cyberinfrastructure initiative started with a commitment of $23 million to increase high-performance connectivity and computing capacity across all 13 UT institutions. In 2015, the Board of Regents allocated additional funds to enhance connectivity and deploy a new generation of both the Lonestar and Corral systems in partnership with Texas A&M and Texas Tech.
During the past five years, the initiative has supported more than 7,000 researchers and students on more than 2,300 projects, using 543 million hours of compute time (the equivalent of 15,000 years on a desktop computer).
Texas’ support for advanced computing through the initiative has made the state a national leader in computational science and engineering during the past decade, with benefits cascading to citizens, industry and society.
“It has allowed Texas researchers to leapfrog the competition, providing a competitive advantage to scholars at UT System, Texas A&M, Texas Tech, and now the University of North Texas,” said Dan Stanzione, TACC executive director.
Many large research grants awarded to UT System institutions in recent years, such as the National Science Foundation (NSF) AI Institute for Foundations of Machine Learning and the Department of Energy Predictive Science Academic Alliance Program at UT Austin, will be supported by Lonestar6 and Corral, and more large-scale computational efforts are on the horizon for Texas.
TACC is currently working with the NSF to plan the Leadership Class Computing Facility that would serve as a national center of supercomputing on a multidecade scale.
Research Impacts
Some significant scientific and societal impacts of the University of Texas Research Cyberinfrastructure initiative include:
Media Contact
Aaron Dubrow
Texas Advanced Computing Center
p: 512-471-8217
e: [email protected]
Nov 01, 2021
Nov 01, 2021
Oct 27, 2021
© The University of Texas at Austin 2021