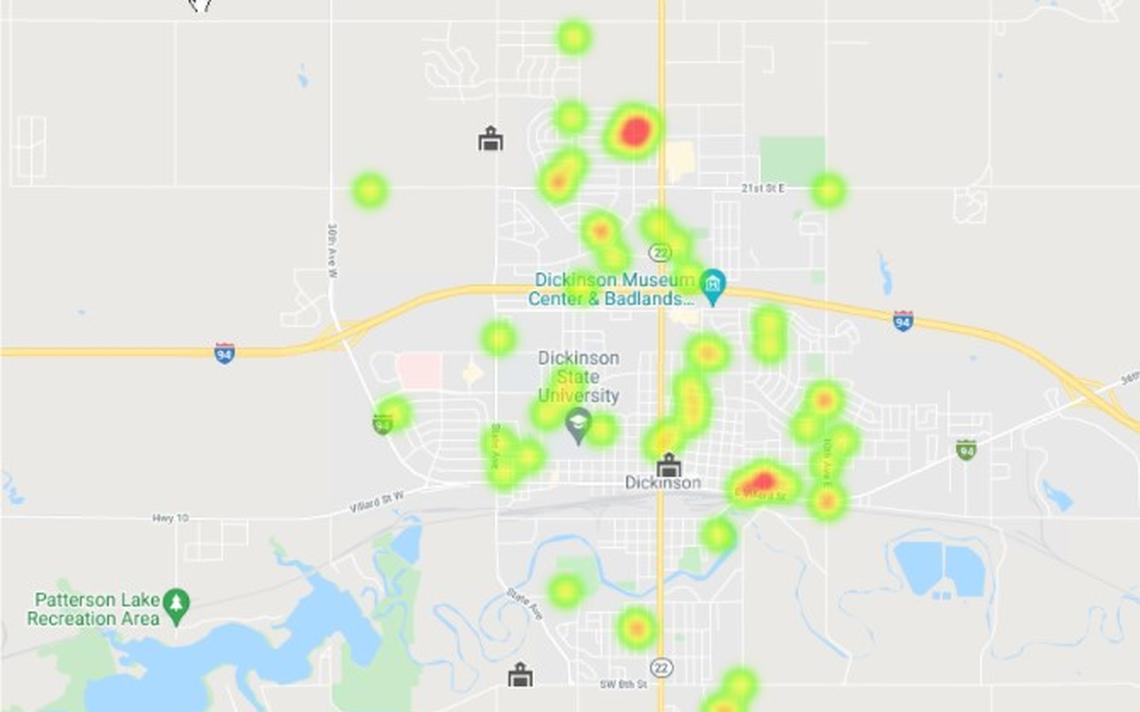 Though fire calls for the Dickinson Fire Department saw a slight increase in October from the previous month, emergency medical service calls were the highest reported type of call for city firefighters with a total of 27 incidents.
In his monthly report to the Dickinson City Commission Tuesday, Dickinson Fire Chief Jeremy Presnell highlighted that EMS calls continue to see a “significant increase” and that the Dickinson Area Ambulance Service is “extremely taxed.”
“… I believe the ambulance system is seeing a huge increase and they’re relying a lot heavily on the fire department to assist with that,” Presnell said. “They’re getting a lot of stacked calls where they’re already out on a call and we may have to respond. Or (there’s) a lot of transfers between here and Bismarck where they’re out or they have multiple ambulances out and then we are the first response. Or if it is a very critical call, say a CPR, we do respond to those to assist because the more people, it’s a lot easier to work that type of call.”
Presnell added, “They are 100% meeting their requirement with the state for ambulance service, but they are extremely taxed. They’re running calls all day long.”
In October, DFD responded to 62 calls for service, an increase of 25% from calls reported in 2020, which has been an ongoing trend throughout the year, Presnell said, adding this puts the fire department at 645 calls for the year.

Station 1, located in downtown Dickinson and south of Interstate 94, responded to a total of 42 calls whereas Station 2 completed 20 calls for service. Presnell noted that the fire department was able to cut response times down at Station 1 by approximately 46 seconds for a monthly average of five minutes and 40 seconds — which puts the station just shy of 20 seconds to meet the national requirement of five minutes and 20 seconds.
North of I-94 on State Avenue, Station 2 had a monthly average response time of seven minutes and 36 seconds. But firefighters were able to cut response time by eight seconds from September’s monthly average, and it is something that the fire department is continuing to strive to improve each month, Presnell said.
As winter closes in, DFD is currently 90% finished with its annual training with a total of 475 hours reported in October. Though firefighters reviewed various topics in their training last month, Presnell noted that the fire department mainly focused on hazardous material training to make sure firefighters are up to speed and meet the annual requirement.