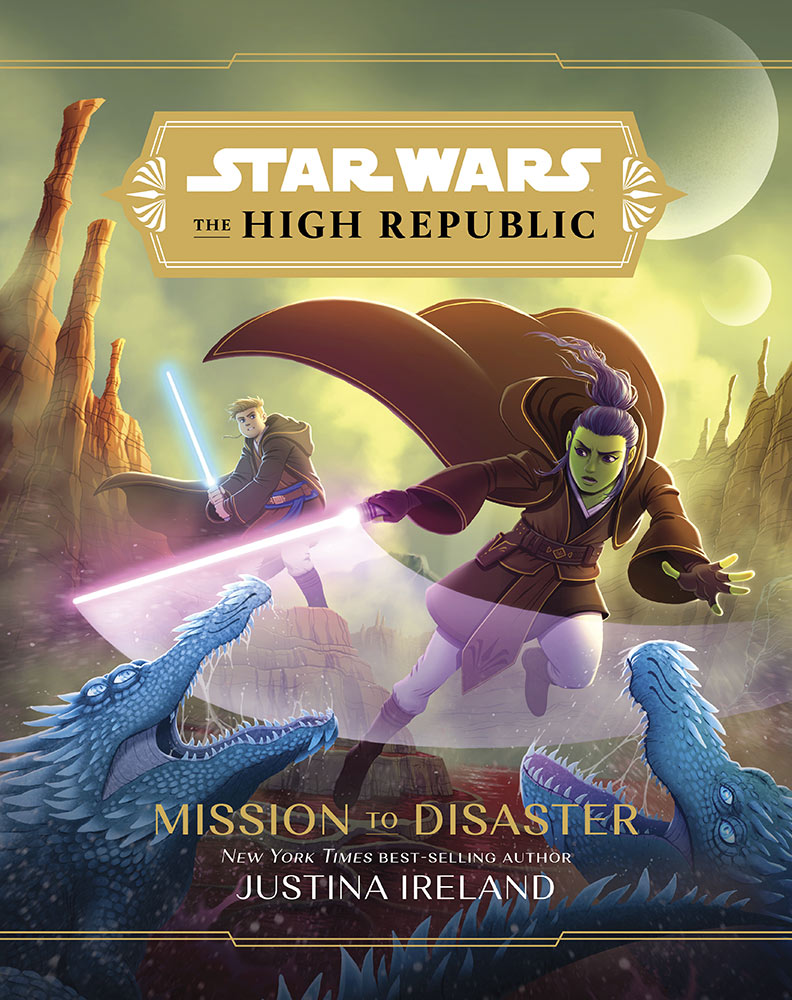 //
//
News + Blog
Video
Films
Series
Interactive
Community
Databank
Disney+
Books + Comics // NOVEMBER 11, 2021
It’s not easy being among the youngest Jedi Knights, training a Padawan of almost the same age. On Kirima, Vernestra Rwoh hopes to focus on being the best teacher she can be, training Imri Cantaros in the delicate nature of using the Force to leap an otherwise impossible distance.
But the talented young Jedi is plagued by visions once more. And this time, it’s personal.
In StarWars.com’s exclusive excerpt from Star Wars: The High Republic: Mission to Disaster, the forthcoming Star Wars: The High Republic middle grade novel by Justina Ireland, Vern is pulled back to Port Haileap just when she was starting to feel like peace and balance had been restored to the galaxy once more. Read the preview below, and pick up your own copy when Mission to Disaster, part of wave 3 of books and comics in the initiative, arrives in January.