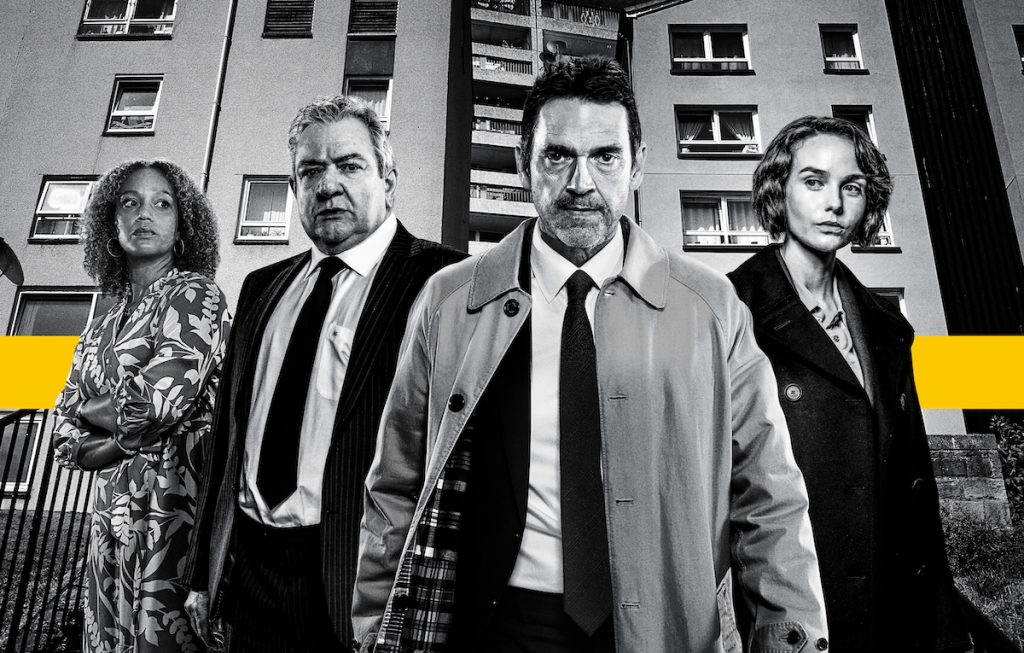 Few names in Scottish fiction loom as large as Irvine Welsh, the author of acclaimed novels such as Trainspotting and The Acid House.
Joining producers Buccaneer Media and Off Grid Film & TV, Welsh is turning his talent to TV drama for the first time, with this story adapted from his own book of the same title.
Scottish actor Dougray Scott heads the cast of the 6 x 60-minute crime drama as Ray Lennox, an Edinburgh detective on the hunt for a missing girl, while a brutal killer awaits in the wings.
Given the talent involved, the result is an “unashamedly Scottish” production, says Buccaneer joint-CEO Richard Tulk-Hart. “I think that was a very conscious decision that we made at the beginning.
“We’ve worked with Scottish heads of department, Scottish crew, the music was primarily put together by people from Edinburgh and the impact of that on set was really clear.”
Tulk-Hart says that Welsh brings his astute sense of character with him to the project, praising “All of those characters in his books and the way he describes them.”
“That’s why it’s been so great to do this as a series and have Irvine on board,” adds Tulk-Hart, explaining that the series has been able to expand upon and develop characters from the book.
“In the case of Ray Lennox, we have a police detective who to all intents and purposes is a normal guy when you first meet him, but very quickly we realise there is a back story to him,” reveals Tulk-Hart.
“Something that happened to him in his childhood forever haunts him and is a big reason as to why he became a police officer. As the series progresses, you start to see a deterioration in his mental state and him really trying to battle those demons, in many ways unsuccessfully.”
Tulk-Hart is also full of praise for Scott’s performance: “Hand on heart, I can’t think of a better performance that Dougray has done, and I would say a large part of that is borne out of his desire to make the show over the last 10 years, since he first optioned the book.
“Dougray was able to play a role that he felt very comfortable playing in his home world of Scotland and it really shines through.”