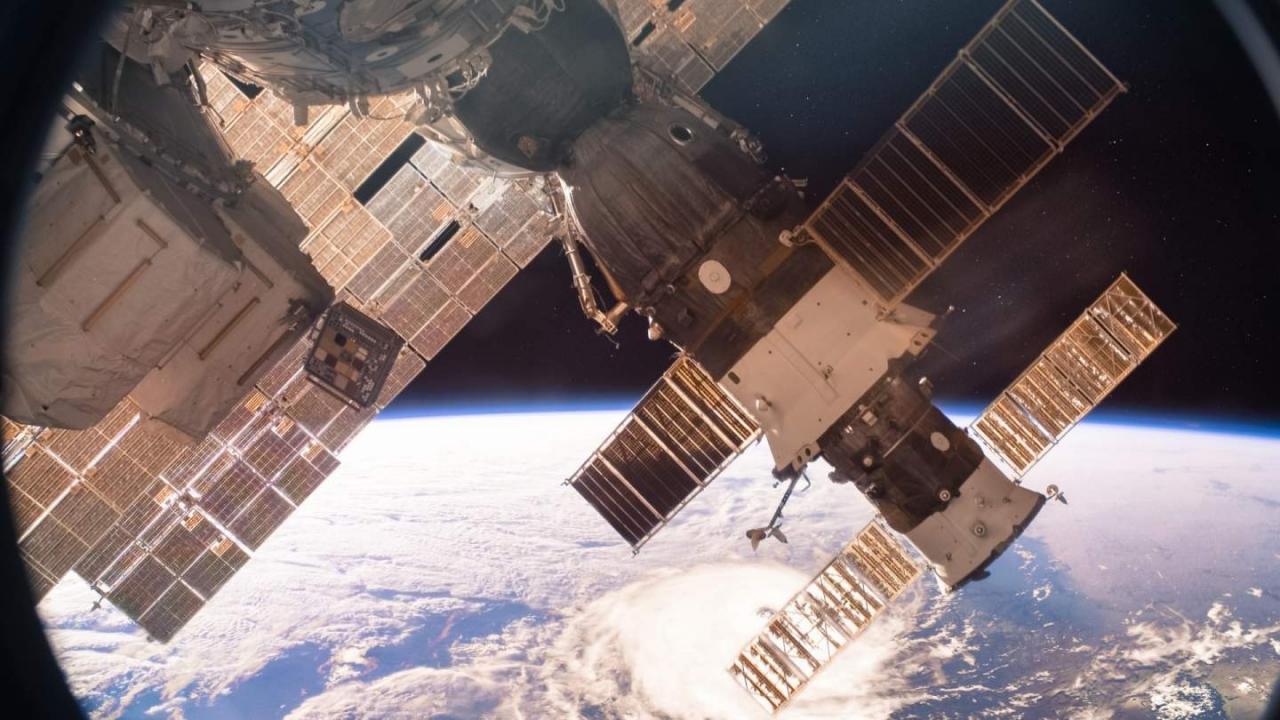 The International Space Station (ISS) is aging and has been developing issues that could one day make it uninhabitable over the last several years. After spending decades in orbit, NASA looks to a future where other space stations will also orbit the Earth. Rather than being developed by NASA and partner nations, these future space stations will be commercial projects. NASA has awarded a contract to Northrop Grumman to develop a cost-effective commercial free-flying space station in low Earth orbit (LEO).
Via Northrop Grumman


The NASA contract is worth $125.6 million and tasks Northrop Grumman to develop a LEO space station that’s safe, reliable, and cost-effective. Northrop says the space station it develops will use currently available flight systems along with advanced crew-focused technology that is currently being developed. The advanced technology will allow the space station to be rapidly deployed and give it modular expansion capability to meet needs in the future.
Northrop says under the agreement it has in place with NASA, it will deliver a space station focused on commercial operations intending to meet the expanding LEO market. The mission for the space station will be to allow for a smooth transition from the ISS for hosting LEO missions to a commercial space station where NASA doesn’t bear costs for the complete operation but is one of many customers.
The agreement between NASA and Northrop Grumman is a Space Act Agreement allowing Northrop to deliver plans providing detailed commercialization, options, capabilities, and requirements for the space station. Northrop will also provide in its plan criteria for mission success, risk assessments, technical and market analysis requirements, and outline its preliminary design activities.
Northrop will put together a team with various capabilities and expertise to support planning and design operations for the space station. It has already named one team member, a company called Dynetics, and additional partners will be announced in the coming months. In the design of the space station, Northrop says it will leverage the experience it has gained with its commercial Cygnus spacecraft and Mission Extension Vehicle.

It will also leverage its Habitation and Logistics Outpost (HALO), which is in production already. The design of HALO uses an overlapping stage approach to minimize costs and generate revenue that will help offset the cost of developing the station in the future. Its plan also supports additional capabilities added to the space station depending on the market’s needs.
The space station envisioned under the agreement will have a smaller permanent crew than the ISS, at least initially. While the ISS can support six astronauts at a time, to begin with, Northrop’s space station will support four permanent crew members. Eventually, it will be expanded to support eight people and have the ability to support additional astronauts with more expansion. Northrop’s space station is designed to last 15 years. Astronauts from various countries have inhabited the ISS for 20 years as of last year, and each of the modules aboard the space station has a planned lifetime of a decade.
Northrop has designed the space station using existing flight-proven elements that will be the base modules for commercial capability, including science and manufacturing and space tourism. Currently, some companies are conducting tourist stays aboard the ISS and say there is an increasing demand for space tourism. Not long ago, a Russian film crew was placed aboard the ISS, where they filmed a feature-length movie using cosmonaut crewmembers. The actress and director for the film returned to Earth safely.
One of the more interesting things that Northrop Grumman talks about for its space station are facilities capable of artificial gravity. It does not elaborate on exactly how it plans to create that artificial gravity, but there are problems with long-term weightlessness for humans. Artificial gravity could make it healthier and easier for astronauts to spend longer periods aboard the space station. In addition, the space station will feature crew airlocks, crew analog habitats, and laboratories.
NASA’s push to get commercial companies to begin developing a space station for orbital operations after the ISS is understandable. The ISS is nearing the end of its lifetime. NASA has had great success with its commercial space program giving the US the ability to put astronauts into orbit on its own for the first time since the space shuttle fleet retired. Companies participating in the commercial spaceflight program include such major brands as SpaceX, Northrop Grumman, and Boeing.
Northrop Grumman has competition in the commercial space station arena. In October, rival company Blue Origin revealed plans for its space station called the Orbital Reef. The space station will be a project with Blue Origin and Sierra Space, with help from Boeing and various other companies. The Orbital Reef is described as a “mixed-use business Park in space.” The space station is viewed as a place for businesses and universities to conduct research in microgravity.
Blue Origin has its own reusable space transportation system that will be leveraged to carry passengers to and from the space station in orbit. The station promises to leverage advanced automation and logistics capabilities to help clients using the station for research to minimize cost and complexity. One of the visions for Orbital Reef is to enable nations that don’t have a space program to access low Earth orbit for research purposes.
There have been some notable issues aboard the ISS in recent months, mostly occurring within Russian space station segments. One of the biggest problems aboard the ISS happened in October when a Russian Soyuz spacecraft conducted a thruster firing test that failed to stop at the appropriate time, pushing the space station out of its normal alignment.

Elena11/Shutterstock
Another incident in September also saw fire alarms activate in a Russian segment of the space station. Finally, in late August, new cracks were discovered in a Russian module aboard the ISS. Russia has maintained that it might pull out of the ISS partnership altogether, citing space station hardware degradation as their primary concern.
For all these reasons and more, NASA is pushing their ISS replacement program forward at full speed. As the ISS ages, it’s nice to know replacements that will keep humans living and working in space for years to come.