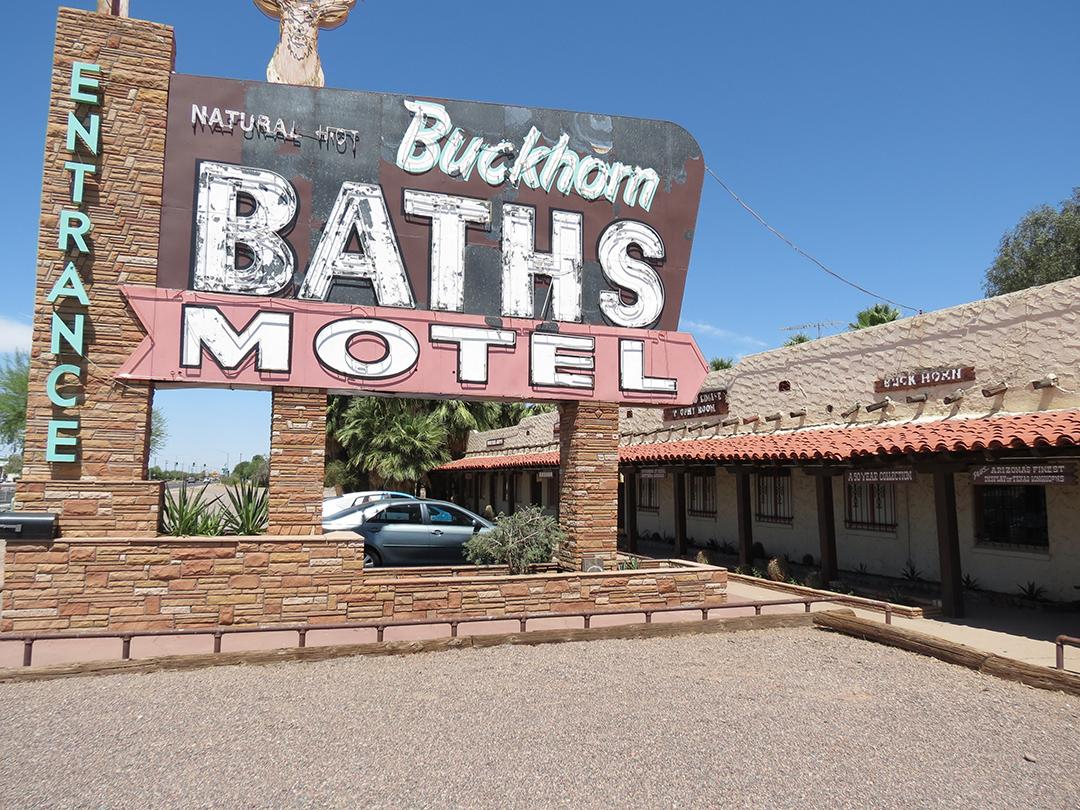 A piece of Mesa and Cactus League history is set for a significant facelift.
The Buckhorn Baths were sold earlier this year, and the new owner plans to build townhomes on the site as well as refurbish the baths themselves, among other projects.
The property dates to the late 1930s, when Ted and Alice Sliger developed the attraction. Over the years, they added a motel and taxidermy museum. After World War II, the baths became a popular spot for Major League Baseball players in town for spring training, like Jackie Robinson and Willie Mays. It currently sits on the National Register of Historic Places, but parts of the property are not in great shape.
The Show spoke about the plans for the property with Valley architect Tim Boyle, who’s working on the project. The conversation started with the vision for what the baths could be.
KJZZ is a service of Rio Salado College, and Maricopa Community Colleges
Privacy Policy | FCC Public File | Contest Rules
Copyright © 2021 KJZZ/Rio Salado College/MCCCD