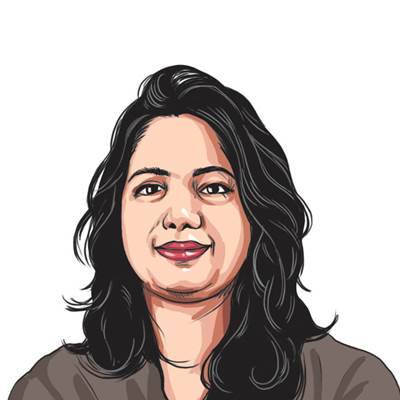 The Pegasus spyware, Facebook’s whistleblower crisis, zero-day exploits that threaten user safety, outages for popular websites, a supply chain shortage that refuses to go were some of the crises that defined most of 2021 for the tech world. There’s no doubt that as our lives become more enmeshed with the internet and everything digital, it was also evident that not all was perfect. We take a look at the top crises that defined this year gone by
The SolarWinds crisis might have started in December but its full impact became clearer only in 2021. The SolarWinds cyberattack is one of the world’s largest supply-chain-based cyberattacks, where Russian state-sponsored attackers are believed to have directly hacked and spied on the US government. The hackers made use of a vulnerability in a product made by Texas-based SolarWinds Corp, whose software was popular with many enterprises and a backdoor flaw gave these hackers full access to the computer systems.
But as Microsoft revealed in January 2021, its internal source code was likely viewed by the attackers, a much more serious problem. The company revealed at the time that the account that viewed the source code did not have “permissions to access the code, to modify it, nor was it authorised to access the engineering systems.”
This was worrying because source code for a software product if compromised could mean new unknown risks and hackers might potentially exploit any new flaws or existing flaws, which have not been discovered so far. Typically source code for its key products is not something that most tech companies, including Microsoft, would want to share.
In fact, Microsoft has been keeping a tab on the Russian nation-state actor Nobelium, which it stated was responsible for SolarWinds, and said that the player was changing its tactics for cyberattacks by focusing on “resellers and other technology service providers that customise, deploy and manage cloud services and other technologies on behalf of their customers.”
More importantly, the Solarwinds cyberattack and its consequent revelations showed that global politics will define how cyber warfare plays out and that many of these attacks are not just limited to government networks.
If SolarWinds revealed how IT software could be used to hack into enterprise and government networks, Project Pegasus only confirmed our worst fears: that our smartphones could be weaponised easily.
Pegasus is a spyware by Israeli-based NSO Group, and one with a high cost, licensed only to governments. But what made Pegasus special was its ability to hack into any phone, Android, or iPhone with relative ease, and give the attacker complete access and control.
The Project Pegasus revelations began in July this year, with Paris-based Forbidden Stories and 17 media organisations, including The Wire in India, revealing how the spyware was being used by governments across the world to stifle dissent.
Lists of potential Pegasus targets included names of journalists, (including those from The Indian Express), opposition leaders, ministers, constitutional authorities, among others. Globally, investigations by Amnesty International revealed how the iPhones of several journalists, activists were hacked and infected with Pegasus.
The Pegasus revelations also dented the image of Apple’s iPhone as a more private and secure device given the ease with which the spyware infiltrated iPhones and the latest iOS 14 at the time. But it should also be noted that Apple’s iPhones were the only ones that had traces of the spyware, on Android, the evidence usually disappeared after a year as the phone did not store logs. Apple has now sued NSO Group as well.
Interestingly, all the spotlight on Pegasus has not proved to be great publicity for NSO Group, which now might disband the spyware unit entirely.
This fight officially began in 2020, but it was in May this year that the court case between Apple and Epic Games, the creator of Fortnite, took place. The Apple vs Epic fight is a major tipping point in the world of tech, which represents what millions of app developers have been arguing for years: That Apple and Google have a ‘monopolistic’ approach and that 30 per cent commission they charge for in-app purchases, etc is unfair.
For context, Epic Games in particular tried to side-step this rule by trying to bypass Apple’s payment systems in the Fortnite app in 2020. As a result, Apple pulled the app. It was later pulled from Google Play Store as well.
The trial saw Apple’s top executives appearing in court as the iPhone maker went all out to defend itself. In the end, though, Epic Games won a key victory. While the judge refused to say Apple was a monopoly, he did rule that Cupertino will have to let developers allow third-party payments on the App Store. The order noted that Apple cannot stop developers “from including in their apps and their metadata buttons, external links or other calls to action that direct customers to purchasing mechanisms,” which is exactly what Epic wanted.
And Apple was supposed to comply by December this year, but it has won a last-minute reprieve as it was granted a request to pause the order. Apple’s argument is that any changes will come with privacy and security risks for customers and could disrupt the user experience on the App Store. The fight as we know is clearly far from over.
While the Apple vs Epic saga took place in the US, regulators around the world were taking note of the Apple vs Google dominance of app developers. South Korea in particular passed a new law, dubbed as ‘anti-Google’ which states that app developers cannot be forced to stick with Apple or Google’s payment methods.
In India too, app developers were hopeful that the South Korean law will set a new precedent. They have been vocal about Google’s upcoming proposal which will force all apps to implement the Play Store billing system. The deadline has been extended for Indian developers to October 2022, while for the rest of the world, it remains March 2022.

Shruti DhapolaAssistant Editor at Indianexpress.com and looks after the Indian Expre… read more