As the world moves towards smarter devices and systems, the demand for top-end sensor technology has increased exponentially. Furthermore, not only do sensors need to improve in performance to meet these new challenges, but they must also be smaller in footprint and power consumption.
One specific sensor that is of great interest as of late is the photodetector. 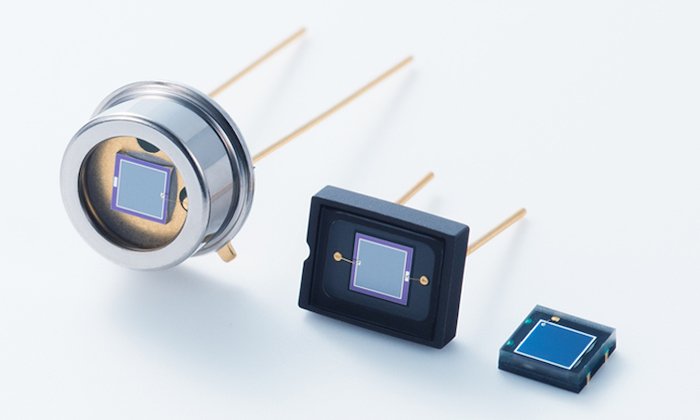 The flexibility of these devices in various applications is what makes them so attractive, as these sensors can be used in environmental sensing, object detection, and data transportation and processing.
All of these applications require operation at high speeds and low power, which has pushed many towards the quantum realm for the building of their photodetectors, and the results are paying dividends.
Though sensing in the quantum realm is still in its infancy, in this article, we'll round up some recent research and devices being created to take the next step in quantum sensing technology.

Recently, one of these quantum photodetectors was built via quantum dots. More specifically, the Institute of Photonic Sciences (ICFO) researchers have published a report in Nature Photonics detailing their development of a solution-processed infrared laser made using Colloidal Quantum Dot (CQD) technology. 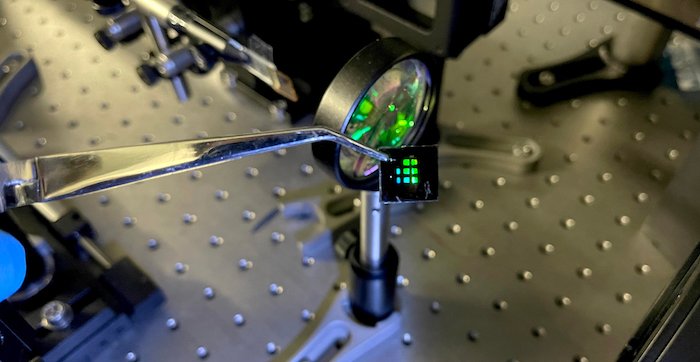 A CQD, defined by a CQD Photodetector review paper, is a nanostructured material synthesized and processed in the solution phase.
These lasers operate at room temperature, and more importantly, they are directly compatible with complementary metal-oxide-semiconductor (CMOS) technology. This compatibility is one aspect that is crucial to optimizing system design.
Overall, these lasers have a tunable output wavelength within the telecommunications range, leading to inter or intra-chip optical communications.
Before this development, infrared lasers are typically made using erbium-doped fibers or III-V epitaxial semiconductors, but these are difficult to manufacture and integrate with electronics.
This CQD technology has been used to create photodetectors and LEDs, as discussed by the ICFO team previously; however, while led by Professor Gerasimos Konstantatos, they are the first to produce a laser via CQD.
The cavity used to create this laser was optimized rigorously to find the best optical gain and resonance.
Furthermore, the researchers engineered the sensor's surface to suppress ''trap states,” which cause excess noise in the system to favor stimulated emission.
All in all, the team ultimately hopes that this discovery can lead to fully integrated silicon photonics.

Hamamatsu Photonics is also involved in this work, as they have produced the “first-ever” quantum cascade (QCD) photodetector, called the P16309-01.

The detector operates at room temperature at extremely fast speeds, up to 20 GHz. Additionally, with a high peak sensitivity of 1 mA/W at 4.6 um wavelength, the device has an exceptional signal-to-noise ratio (SNR). Its design minimized the dark current within it.
With the top response time globally, Hamamatsu looks for this to be the beginning of a line of infrared QCD sensors throughout the IR spectrum.

Lastly, according to an article published in Nature, a new material is being used for the junctions of metal-semiconductor-metal (MSM) quantum well photodetectors. 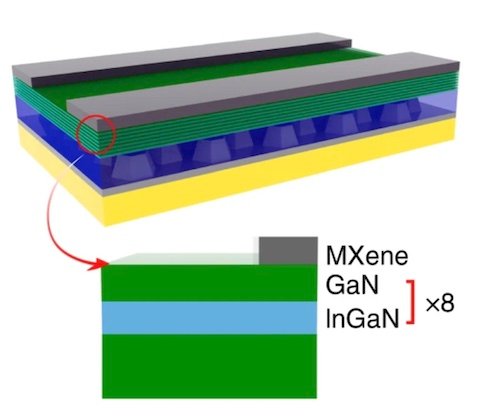 Since their inception, MSM devices have been an area of interest due to their inherently high response speed. Furthermore, similarly to CQD technology, they are easy to integrate into CMOS technology.
However, they have always had issues relating to dark currents because of the fabrication of the junctions of these devices, as the metal deposition process causes a chemical disorder that leads to a quantum tunneling current effect.
This effect is the source of dark current, making MSM technology difficult to use.
On top of this issue, opaque metals are usually used in this process, and they reflect some of the incident light to be absorbed, reducing the sensor's responsiveness.
A new two-dimensional material was studied in this article, called MXene, with the general formula:

where:
This novel material has the benefits of metals in its conductivity, but is also flexible, hydrophilic, a good transmitter, and most importantly, chemically stable, thus allowing deposition at low temperatures.
Furthermore, it has a tunable work function, making it a viable option for MSM devices with multiple different types of semiconductor materials. In any of these cases, it minimized dark currents by being free of chemical disorder, allowing others to take full advantage of MSM technology.
As can be seen, current demands have such stringent demands that we have to dive into nanoscale optimizations to meet them.
The quantum realm is thus the only way to solve the issues of today's market, and therefore, the sensors that will continue to make our world more connected, efficient and intelligent, will be made quantum.
by Keysight Technologies
by Abdulwaliy Oyekunle
by Jake Hertz
by Adrian Gibbons
by Adrian Gibbons
Don’t have an AAC account? Create one now.
Forgot your password? Click here.