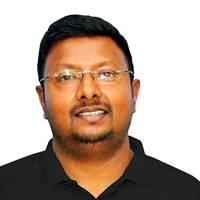 Shareholders of California-based QuantumScape Corp, a battery startup backed by Volkswagen AG, have approved a multibillion-dollar pay package for Chief Executive Officer Jagdeep Singh, who could receive stock options potentially valued at $2.3 billion, subject to the company meeting some performance milestones.
The announcement triggered comparisons with the package that Tesla awarded Elon Musk in 2018, and spotlighted the potential of this nascent sector, some of whose flagbearers are yet to bring a product to market.
A quantum leap
QuantumScape’s solid-state battery — lithium metal with a solid electrolyte separating the two electrodes — is seen as an exceptionally bright prospect in an increasingly crowded space. The company, which was co-founded by Singh a decade ago and received financial backing from Volkswagen and Bill Gates’s venture fund, listed late last year and was valued at almost $50 billion within a few months on the promise that its novel battery technology could offer a safer, cheaper alternative to lithium-ion batteries.
Earlier efforts to build a solid-state separator (electrolyte) capable of working with lithium metal had to compromise on aspects such as the cycle life and operating temperature of the battery, and the issue of excess lithium deposits on the anode. QuantumScape claims to have circumvented this: its use of a solid state separator technology eliminates the side reaction between the liquid electrolyte and the carbon/graphite in the anode of conventional lithium-ion cells.
Volkswagen plans to have production running for solid-state batteries by 2025 via the partnership with QuantumScape.
Solid-state batteries
The energy density of lithium-ion cells used in today’s mobile phones and electric vehicles is nearly four times higher than that of older-generation nickel-cadmium batteries. Lithium-ion batteries use aqueous electrolyte solutions, where ions transfer to and fro between the anode (negative electrode generally made of graphite) and cathode (positive electrode made of lithium), triggering the recharge and discharge of electrons. Despite improvements in technology over the last decade, issues such as long charging times and weak energy density persist. While lithium-ion batteries are seen as sufficiently efficient for phones and laptops, they still lack the range that would make EVs a viable alternative to internal combustion engines.
One major problem is that lithium metal is extremely reactive. The main form of lithium corrosion are dendrites, which are branched lithium structures that grow out from the electrode and can potentially pierce through the separator and on to the other end, short-circuiting the cell. In current lithium-ion batteries, in which the electrolyte is a flammable liquid, dendrite formation can trigger a fire.
QuantumScape says its solid-state lithium-metal battery replaces the polymer separator used in conventional lithium-ion batteries with a solid-state separator. The replacement of the separator enables the use of a lithium-metal anode in place of the traditional
carbon/graphite anode.
The lithium metal anode is more energy-dense than conventional anodes, which allows the battery to store more energy in the same volume, according to the company. The QuantumScape design is supposed to be ‘anode-free’ in that the battery is manufactured in a discharged state, and the negative electrode forms in situ on the first charge.
Key advantages
The advantages of the solid-state battery technology include higher cell energy density (by eliminating the carbon anode), lower charge time (by eliminating the need to have lithium diffuse into the carbon particles in conventional lithium-ion cells), ability to undertake more charging cycles and thereby a longer life, and improved safety.
Lower cost could be a game-changer, given that at 30 per cent of the total cost, battery expenses are a key driver of the vehicle costs.
A study by Deloitte showed the top three considerations for consumers buying an EV are price, reliability, and cost to charge. Lithium-ion battery costs are currently about $137 per kWh, and are expected to reach $101/kWh by 2023, according to BloombergNEF data.
QuantumScape claims it is targeting to lower battery cost by 15-20% relative to the cost of lithium-ion batteries in several years.
Others in the field
FORM ENERGY’S IRON-AIR BATTERY: In July, American company Form Energy Inc. announced a rechargeable iron-air battery capable of delivering electricity for 100 hours at a claimed system cost competitive with conventional power plants and at less than a tenth the cost of lithium-ion. The company said its front-of-the-meter battery — a utility scale or grid-scale battery storage that can be connected to a distribution or transmission network or power generation assets directly — can be used continuously to ensure round-the-clock operations of a renewable electricity grid.
The battery leverages the concept of ‘reversible rusting’ — it uses oxygen from the air and converts iron metal to rust while discharging, and while charging, the application of an electrical current transforms the rust back to iron and the battery releases oxygen back into the air.
However, the battery’s size and weight — each unit is the size of a small refrigerator — makes its application impractical in EVs.

TOYOTA’S SOLID-STATE BATTERY: Toyota heads the list of the 1,000-odd global patents involving solid-state batteries. The Japanese automaker is attempting to wrest back the lead from the Chinese, who are current Li-ion battery pack leaders. Toyota plans to be the first company to sell an EV equipped with a solid-state battery and is in the process of unveiling a prototype. Nissan too is in the fray.

APPLE BATTERY TECH: In the last fortnight of 2020, Apple Inc said it was moving forward with self-driving car technology and was targeting 2024 to produce a passenger vehicle.

Central to Apple’s strategy is a “breakthrough” battery design that could “radically” reduce the cost of batteries and increase the vehicle’s range, according to a person privy to Apple’s battery design quoted by Reuters.

TESLA’S TABLESS BATTERY: In September last year, Tesla unveiled plans to develop a new “tabless” lithium-ion battery that could improve an electric car’s range and power. A tab is the part of the battery that forms a connection between the cell and what it is powering. Tesla claims its tabless cells will give the company’s EV batteries five times more energy capacity, make them six times more powerful, and enable a 16 per cent increase in the range of the vehicle.
INDIA’S BATTERY PUSH
THE CENTRE is working on a blueprint for a project of around 4,000 MWh of grid-scale battery storage system at the regional load dispatch centres that control the country’s power grid, primarily to balance the vagaries of renewable generation.
RELIANCE INDUSTRIES LTD has announced plans to set up an Energy Storage Giga factory; state-owned NTPC Ltd has floated a global tender for a grid-scale battery storage project.
THE MINISTRY of Heavy Industries issued a request for proposal on October 22 this year for setting up manufacturing facilities for Advanced Chemistry Cell (ACC) battery storage in India. The last date of submission of proposals was December 31.
📣 The Indian Express is now on Telegram. Click here to join our channel (@indianexpress) and stay updated with the latest headlines
For all the latest Explained News, download Indian Express App.