KRON4
by: Haaziq Madyun
OAKLAND, Calif. (KRON) – In 2021, the Oakland Police Department arrested over 60 homicide suspects and recovered over 1,200 guns.
The city also recorded more homicides last year, than any previous year, going back to 2012.
KRON4 sat down for a virtual one-on-one interview with the chief of the Oakland Police Department, covering a wide range of topics.
What does success look like for the Oakland Police Department in 2022?
“I think success looks like a significant decrease overall in homicides and violent crime. I think we all recognize 134 homicides is far too many lives lost in our city,” Chief LeRonne Armstrong said.
What is the biggest challenge for your officers in 2022?
“I think the biggest challenge is, we are being asked to do so much with so few resources,” Chief Armstrong said.
Starting Jan. 22, additional police resources will be on the ground in East Oakland, expanding from two police districts to three police districts. The strategic aim?
“Hopefully, getting to calls quicker so that the community sees a greater presence when they call 911,” Chief Armstrong said.
Which is his police department’s response to an emerging trend of car caravans coming to Oakland targeting marijuana dispensaries.
“We pushed that information out immediately. We deployed our officers into the areas where these dispensaries are located. We believe that we prevented these individuals from coming into our city and causing havoc to these businesses,” Chief Armstrong said.
What is the priority for you to get the department finally into compliance with the negotiated settlement agreement?
“I am encouraged by the fact that the judge said we’ll come back in April with a couple of tasks that we need to get completed and a pathway toward full compliance,” Chief Armstrong said.
Regarding officer morale, the city council approves an additional police academy.
Which would seem to be like a boost of support. How does he see it?
“I think it is a boost of support. Our officers know that help is on the way,” Chief Armstrong said.
Two weeks into the new year and the city of Oakland has recorded four homicides. Twice as many at this time in 2021.
Copyright 2022 Nexstar Media Inc. All rights reserved. This material may not be published, broadcast, rewritten, or redistributed. 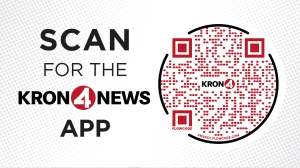