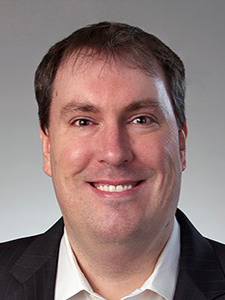 CherryRoad Media CEO Jeremy Gulban says the company plans to invest in the newspapers, not mine them for assets.
The news came out of nowhere. Brian Larsen, editor of the Cook County News-Herald in Grand Marais, had no idea the weekly newspaper he worked at for 13 years was for sale until outgoing owners Hal and Deidre Kettunen broke it to him over an office pizza lunch in November 2020.
Moments later, still in shock, Larsen watched as the new owners entered the break room and introduced themselves. Larsen had never heard of the company, a New Jersey-based information tech firm called CherryRoad Technologies, its CEO, Jeremy Gulban or any of its other executives. That wasn’t surprising. CherryRoad had no media holdings before it bought the News-Herald, though that would quickly change.
In short order, CherryRoad Media, the firm’s new communications division, embarked on a newspaper buying spree, largely in the Midwest and the South. It purchased seven Minnesota newspapers formerly owned by Gannett, Inc. and launched one in International Falls. CherryRoad now owns 49 papers in 10 states, including the Lake County Press, which opened in Two Harbors last month.
It’s a strategy Gulban hopes will showcase CherryRoad Media’s tech offerings while bolstering local news products stripped bare by profit-driven chain ownership. Gulban says CherryRoad plans to invest in these newspapers, not mine them for their assets. That’s a refreshing change from the shark-tank world of corporate journalism.
Article continues after advertisement
“As I’ve gotten more involved with it, I have really come to realize how (important to) a small community the newspaper really is,” Gulban said in a phone interview from CherryRoad’s Parsippany, N.J. headquarters. “When you go out into these smaller, rural communities, there really is no other real source of news. People really do count on the local newspaper to provide that. It’s really an institution in the community.
“What I’ve also learned is, it takes a tremendous amount of attention to detail to run these smaller newspapers, and I think bigger companies aren’t necessarily suited for that. We are, because we’re a small organization. We’re more nimble. We’re more able to react. The number of calls I get every day from the various small papers that we have that require a response, it’s very hard for a large organization to handle something like that.”

Independent, in-depth journalism costs money to produce. MinnPost’s nonprofit reporting is available paywall-free thanks to the financial support of loyal readers like you. Will you make a tax-deductible donation today?