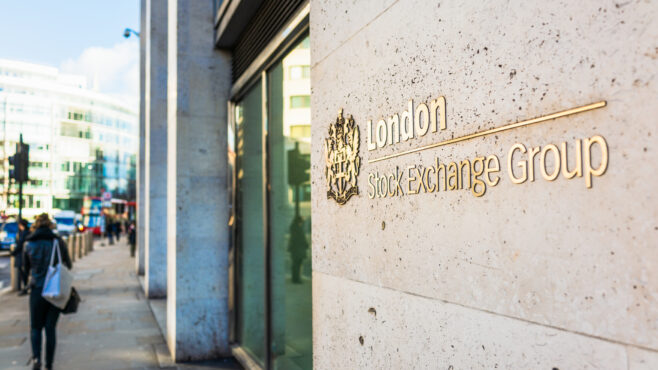 Boris Johnson has been drafted into a charm offensive to attract tech unicorns to the London Stock Exchange. If successful, it could help the UK hold on to its innovative businesses.
The UK government is going to great lengths to encourage tech unicorns to list on the London Stock Exchange (LSE), with prime minister Boris Johnston reported to have joined the charm offensive. It is part of a bid to make the London market more attractive to tech founders which, in turn, could help protect UK technology companies from overseas acquisition or control.

Boris Johnson was due to join a video call with the founders of tech start-ups including Swedish ‘buy now, pay later’ provider Klarna on Monday, before he was dragged before parliament to answer questions about parties at Number 10, the Telegraph reported this week. The aim of the call was to encourage the companies to list on the LSE “amid fears the high-growth companies are snubbing the City for New York”.
Tech IPOs on the LSE raised a record £6.6bn in 2021, more than twice the figure from 2020, with high-profile floats including delivery app Deliveroo and cybersecurity vendor Darktrace. But this figure was dwarfed by the $69.3bn (£47bn) that was raised by tech IPOs in the US’ NASDAQ and New York Stock Exchange, according to EY’s latest IPO trends report.

The UK government has recently introduced a number of regulatory changes designed to make the LSE more attractive to tech founders. While the most immediate benefit will be to lawyers and bankers that execute IPOs, this initiative could help the UK protect its native technology companies from overseas acquisition or investment. It could also help to address the UK's technology skills shortage by making careers in the sector more visible and attractive. It is not certain, however, that these regulatory changes will have the desired effect.

How more tech IPOs could benefit the UK

The UK has a strong track record for producing innovative technology companies but the lack of capital available in the UK means many are either acquired by foreign companies or float on overseas stock exchanges. This often results in jobs — and revenues – moving away from the UK, says Dr Bobby Reddy, assistant professor at the University of Cambridge's Faculty of Law.
"As you get more US investors, there's always going to be that slow migration of operations abroad," he explains. "And it's not just employees, it's technology too. Although DeepMind [the UK AI pioneer acquired by Google in 2014] has a large base in the UK, in terms of using that technology commercially, that has very much been transferred over to the US."
He adds: "This is the kind of technology that we need going forward. We're going to be lagging behind other countries if we're just selling out to US firms or Chinese firms, for instance."
Boosting the number of tech IPOs in the UK could also help ease the country's technology skills gap, says Tania Wilson, research director at analyst company TechMarketView, by making opportunities in tech more visible.
"There is a lack of interest on the part of many young people in going into careers in tech, and a lack of encouragement to do so," Wilson says. "I'm not suggesting Klarna listing in London would in itself completely alter the career or educational choices of the next generation of young people, but it helps to build momentum. When you see the government on television talking about the latest listing, people start to realise that tech companies are all around us, and young people think, 'I might go into a career in [tech]'."

The LSE has historically been less attractive for tech founders looking to float than its US counterparts, says Wilson. One reason is its rules for listing, which in London have historically sought to limit the influence of individual executives, a deterrent for tech companies that are often founder-led. "The UK has been perceived to be very strict relative to the US, which has traditionally been more flexible."
The UK has sought to address this perception by relaxing some of its listing rules. In December, the Financial Conduct Authority updated these rules so that companies with dual-class share structures – which allow founders to retain control over their companies after IPO – can be included on the LSE's premium list. Only premium list companies are included in share indices such as the FTSE 500, gaining access to a broader market of investors.

Reddy believes this change is "a step in the right direction but not ambitious enough to really move the needle". The new FCA rules allow founders to own a 'golden share' that allows them to block takeovers, but this still means investors could oust them. It also only lasts for five years. "Five years isn't a lot of time," Reddy says. "So you're either going to go to the US [instead] or you'll say, 'I'm going to make sure this company is a bit more mature before I go into the premium tier'."
The FCA has also lowered the minimum amount of equity a company must release to be included in the premium list, from 25% of shares in public ownership down to 10%. This will allow more tech companies to undergo direct listings without diluting the founder's ownership but again does not go far enough, Reddy believes. He argues that remaining rules that deem any share ownership over 5% as being outside 'public ownership' discourage start-ups with VC investments, typically made in exchange for more than 5% of equity, from listing.
Meanwhile, the UK has changed its rules on SPACs – shell companies that raise money in an IPO before making an acquisition, typically of a tech start-up – to be more in line with the US. Not only do the new UK rules endanger retail investors in Reddy's view, they may not result in more tech companies listed on the LSE, he says. "There is no reason why a [LSE-listed] SPAC should stay on the London Stock Exchange once it's acquired a company," he explains. "It doesn't have to relist on the London Stock Exchange; you can relist in New York or on NASDAQ."
In the US, Reddy also argues, SPACs have not led to increased investment in high-quality start-ups. "If a SPAC hasn't found a company to acquire within two years, the SPAC liquidates [and] the sponsor gets nothing," he explains. "If it does make an acquisition, the sponsor gets 20% of the equity. So there's a real incentive for the sponsor to close any acquisition, whatever it may be."

Too little, too late?

At a time when policymakers are considering how to contain the social harms of Big Tech, some might question the wisdom of relaxing rules to give founders more influence in their companies. "It's important not to throw the baby out with the bathwater," says Wilson. "The London Stock Exchange has a reputation for good governance and it's important not to let that slide in the pursuit of wealth. Safeguards to maintain high corporate governance standards will be essential."
Reddy argues, however, that much of the 'misbehaviour' of tech companies stems from a short-term focus on profitability that reflects the influence of public investors. Allowing founders to retain control while listing would permit them to pursue longer-term objectives, he argues. "Misbehaviours that have been incentivised by taking short-term actions won't be quite so prevalent if those companies can take the longer-term perspective." (Many of the Big Tech companies to have drawn regulators' ire already have dual-stock structures).
"But there need to be some constraints around what [founders] can do," he adds. Founders are limited in part by investors' decisions whether or not a founder or company can be trusted with a dual-stock structure. Investor's rejection of WeWork's IPO in 2019 show this constraint in action, he says.
Whatever the impact of its new listing rules, the LSE is unlikely to see a repeat of 2021's IPO performance in the immediate future, says Wilson, as growing interest rates will make equity investments less attractive. "But I don't think this is just a UK issue; this is a global issue, as interest rates rise to counter inflation. I don't think it's putting the brakes on the UK any more than it will put the brakes on the US."

Sign up for Tech Monitor's weekly newsletter, Changelog, for the latest insight and analysis delivered straight to your inbox.

Sign up for Tech Monitor's weekly newsletter, Changelog, for the latest insight and analysis delivered straight to your inbox.
Pete Swabey is editor-in-chief of Tech Monitor.
Navigating the horizon of business technology​

Industry leading data and analysis for the FDI community